Israel’s The Marker magazine (Ha’aretz’s economic publication) published an important report on Sunday, August 17, on U.S. aid to Israel. If you read the small print, you will find exactly the same points I have been making for the last two decades: “Today it is clear,” says the report, “despite the fact that no prime minister or Finance Minister will say so – that Israel can live without the grant.”


Please note the graph attached to the The Marker article. Until the Six-Day War, in the days of shortages and tent camps – an era in which Israel really did need all the help it could get – American aid was approximately 2% of Israel’s GNP. Indeed, not only did the U.S. not send a significant amount of aid, it reneged on its support of the Partition Plan, opposed the establishment of the state of Israel, and declared an arms embargo on fledgling Israel, which was being threatened with destruction by all the Arab countries surrounding it. Only in 1962 did the Americans throw Israel a few bones: leftover Patton tanks from World War II.

When did things change? When did the U.S. begin to sell Israel weapons in strategic quantity and quality? When did Israel begin to receive U.S. military and civilian aid, which increased until it grew to 15% of our GNP?

Was it when we left the “occupied territories”?

Was it when we ended the “occupation”?

Was it when we destroyed the settlements?

Not exactly… Actually, just the opposite is true. In 1967, Israel captured the Golan Heights (and expelled 60,000 Syrians), along with Judea, Samaria, Jerusalem, and the Sinai desert. Suddenly Israel became America’s favored ally.

But that is not the end of the story. Look at the graph again; the numbers do not lie.

When did U.S. aid to Israel begin to decrease?

The greatest amount of U.S. aid, in grants and loans, was given to Israel in 1979, the year in which the peace accords between Egypt and Israel were signed. According to The Marker, U.S. aid to Israel in that one year was 15.7 billion dollars.

If U.S. rhetoric is to be taken literally, when Israel made peace and surrendered the entire Sinai to Egypt, we should have received more aid. But for some reason, the “occupation” increased the aid, while “peace” brought about its decline.

Today, U.S. aid to Israel, entirely military, is at its lowest level ever. Even the leftist Ha’aretz admits that Israel does not really need it. We take this “aid” for psychological reasons (if we have an allowance, that means we have a father) and pay for it dearly – much more than its economic, security, and diplomatic worth.

I should be clear about one thing. Israel and America do share some common values, and it is important to strengthen these values on a mutual basis. But we must also realize that we do not receive aid for being “nice guys.” Israel receives U.S. “aid” regardless of how many Gazans are killed. We receive “aid” because it is in the economic, security, and diplomatic interest of the U.S. When Israel is strong (1967), it is worth America’s while to invest in us. When we retreat (the years since 1979), the U.S. invests in us less and less. 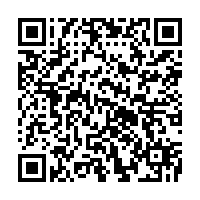