Israelis around southern Israel spent Thursday morning in their bomb shelters as Hamas terrorists continued their assault on Jewish civilians from Beer Sheva to Ashkelon.


Amos Yadlin, a former Israeli Air Force general, IDF military attaché to the United States and the current head of the IDF Military Intelligence Directorate, estimated to Israel News that Hamas rocket stockpiles have dwindled to 1,500, based on calculations that the terror gang had 10,000 rockets on the eve of Operation Protective Edge. He said the IDF has destroyed about 5,000 rockets over the past six weeks, and said the Palestinians have fired 3,500 rockets during the current escalation.

Yadlin said dwindling supplies are the reason Hamas has scaled back its terror attacks on the Tel Aviv and Jerusalem areas.

Following is a partial list of rocket attacks against Israeli civilians since Thursday morning. 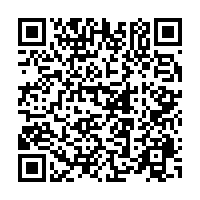