Our grandchildren were over for Shabbat, and when Shabbat ended, I didn’t run to turn on my cell phone. We played with the little ones a bit more, took our time with Havdalah and by the time I turned on my phone, I was flooded with messages. There was a big demonstration in Afula over last week’s murder of 20 year-old Shelly Dadon, may God avenge her blood. There had also been an attempted kidnapping of a pregnant woman in Afula. Via the messages, I was requested to participate in the rally.

I quickly got in the car and drove toward Afula when the phone rang again. “The police ordered us to end the protest and the thousands are heading home,” I was told apologetically. I turned the car to head back home. I will write my thoughts here, as I did not express them at the rally.


What exactly were you thinking when you set free close to 100 murderers in exchange for the privilege of speaking with the Palestinian leaders – murderers as well?

What did you think would come of that? A year ago, when I voted against the annual budget because of the government’s intent to free murderers, I warned that this would be the result. The writing was on the wall, written with the blood of all those already murdered after previous terrorist releases. So what were you thinking?

“The sun shone, the system flourished and the slaughterer slaughtered,” wrote Bialik after the pogrom in Kishinev. It’s as if we have learned nothing in the many years that have passed since then – as if there had been no Holocaust, no state, no Yad Vashem, and no hollow “Never Again.” But this time the murders take place on the watches of the IDF, Israel’s police, the state, the Knesset and a military budget of endless billions. Once again the sun shines and young Jewish women are slaughtered. And the Jews are infuriated and will to do everything to stop the terrible phenomenon, the graffiti called “price tag.”

The news story on the murder of Shelly Dadon was third on the Channel 2 broadcast that evening. The headlines were the “hate crimes” of the settlers. The flaccid internal security minister appears time after time in public demanding emergency laws to put an end to the graffiti revving up the engines of the settlers’ hatred. The limp defense minister speaks at the Memorial Day ceremony enlisting the memories of the fallen soldiers for the war against graffiti, of course! What are the Iranian nuclear missiles as opposed to the real threat: graffiti?

The media is harnessed to the locomotive of hatred – as if Jewish cemeteries and IDF memorials are not desecrated in Israel on an almost daily basis. As if synagogues in Lod and Ramle are not burned down – with nobody saying a word. As if over 50 percent of those murdered on our roads die in bad accidents perpetrated by a very specific group of drivers. And Shelly Dadon is not the first incident. Not even the second or third. 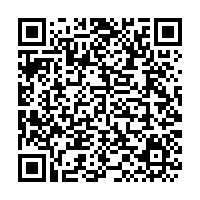