Just a few days ago, on Thursday, August 8, I stood in a U.S. courtroom alongside 99 other people and repeated the Oath of Allegiance. I absolutely and entirely renounced and abjured all allegiance and fidelity to any foreign prince, potentate, state or sovereignty.

The fellow beside me held a card with the oath in his hands. He smiled at me weakly and asked in a heavy Spanish accent if I spoke “Good English.” I answered that I did. He quickly asked me to explain what “Sovereignty” meant. I dug deeply into my memory of schoolboy Spanish and suggested “Junta.”


Juan smiled happily and then asked his second question. “What does “potentate” mean?” Now it was my turn to smile weakly. Actually, I wasn’t 100% sure and decided to use the Spanish word for Leader, which is “Lider”! Actually, the Spanish for Potentate should have been easy to remember, it’s “Potentado.”

The Judge entered the courtroom and Juan, I and everyone else raised our right hands and firmly and solemnly declared that we were done with any old Juntas and, frankly, we’d completely had it with those Potentados too.

We heard the Judge’s own family story and how his grandfather arrived from Italy to Ellis Island with nothing but a knapsack and the clothes on his back. His father qualified as a pilot and fought in Korea, which led to a career as an airline pilot upon his return home. His Honor produced quite a laugh when he explained that he never dreamed he would end up as a judge, and that actually his parents most earnest wish was that their son keep himself “out” of courts.

The climax of the speech was filled with sincere love and passion for the United States. He declared that this was the greatest country in the world and that whatever a person’s origins or beliefs, they were now equal citizens with every other American citizen. He solemnly assured us that with hard work (and keeping out of courts from now on) it was still possible to fulfill the American dream and emulate his family’s journey.

I didn’t avail myself of the opportunity, as we were invited to do, to register myself to vote just then.

As much as I enjoyed and applauded his Honor’s speech, I think I would have to write a dissenting opinion, at least on part of it.

My dissent would be based on a belief that the America the Judge so loves and so many Americans still do, has changed and is changing.

I will be honest and declare that as a Jew my natural inclination is towards Maimonides’ dictum of always following the middle path. Extremes are anathema to Judaism. Whichever of the two main parties I would choose, would see me planting my feet firmly in the middle ground. I would hope that whether I look to my right or my left I would see the majority of people, Republican and Democrat, happy to move toward the same place.

I think that given a lifetime’s concern for the less well off, I would naturally see myself, as so many other American Jews have done for generations, standing slightly to the left of that middle ground and registering as a Democrat.

The developments of the past few weeks changed that “inevitable” conclusion and affiliation.

You see, I came here from the UK. The capture of the once noble Labour party (sister party of America’s Democratic Party) by extreme Left-wingers and anti-Semites is now complete. A disturbingly high percentage of them come from Britain’s Muslim community where anti-Semitism is off the scale.

The identical process emanating from the same extreme Left-Muslim alliance, the so-called “Red-Green alliance,” has infected the Democrats.

And it is telling how very little it takes to tilt the balance and change a party.

Consider the case of the “Squad.” Readers of this paper will be well aware of Ilhan Omar’s anti-Semitism. They will also have heard Jewish Democrat’s scoffing at the very thought that this quartet represents the real Democratic party.

Actually, they should really be renamed America’s “Gang of Four.” These were the four scapegoats who were blamed by the Chinese Communist Party for the worst excesses of the Cultural Revolution. The party needed scapegoats to divert attention from the fact that they were responsible for the evil that was unleashed.

When Nancy Pelosi tried to reprimand Omar and pass a motion condemning anti-Semitism, the new gang of four threatened to have Congressmen and women thrown out by leftist activists. Pelosi and the party folded.

Now after two of the gang of four were refused permission to fly to Israel (actually they announced they were going to “Palestine”) to slander the Jewish State, Democrats are plotting to find a way to “punish” Israel. The Party has rallied around their racist extremists. By so doing, it is responsible for the evil of anti-Semitism they unleashed. It now plan to condemn and punish Jews for not welcoming Jew-haters with open arms.

Elizabeth Warren and Bernie Sanders led the charge against Israel, with Pelosi, Kamala Harris, Joe Biden and many more joining in.

I have still not made up my mind what to put on my voter registration. I want to hope and vote for the middle ground and those who reject extremism. Inevitably, that means that I will no longer be joining today’s Democratic Party. 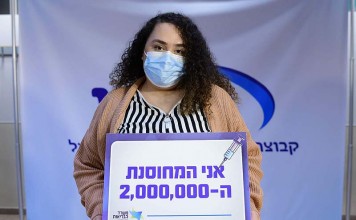 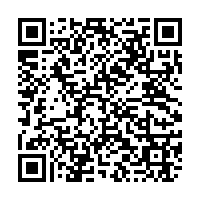