The American Psychological Association has, in its words, issued “its first-ever guidelines for practice with men and boys.” These guidelines “draw on more than 40 years of research showing that traditional masculinity is psychologically harmful and that socializing boys to suppress their emotions causes damage.”

If you need proof, ask women who are looking for a husband whether the men they date exhibit too much masculinity, too little masculinity, or just the right amount. I have talked to hundreds of women on my radio show (every week I have a “Male/Female Hour”), at speeches, and in private who are dating to find a spouse. Not one has said men today are too masculine. Virtually all of them have said men today lack masculinity.

And why wouldn’t men lack masculinity? A vast number of boys grow up either with no father or with a father they rarely see. Their lives are dominated by women – their mother, virtually all their teachers, probably their school principal, and probably their therapist.

As if that were not bad enough, many of the single mothers of these American boys are angry at the man who never married them, or at the man who divorced them, or at men in general. In addition, these boys’ women teachers suppress their natural testosterone-driven male behaviors. And now their teachers increasingly tell them they may not even be a boy.

Of course, some men are boors. But most men know boorishness is not masculinity. Such behaviors emanate, not from masculinity, but from poor upbringing and/or the 1960s sexual revolution.

As psychoanalyst Erica Komisar wrote in the Wall Street Journal last week, it is “a recipe for mental illness” to tell boys that “aggression, competitiveness and protectiveness is a sign of sickness.”

2) This is another example of the most important rule of contemporary life: The left ruins everything it touches.

The left has ruined the arts; the universities; high schools; the nuclear family; mainstream Protestantism, Catholicism, and Judaism; the Boy Scouts; and journalism. And it is now doing the same to the sciences: Universities are increasingly choosing science faculty based on gender and race rather than scientific expertise.

Psychology and psychiatry have long been homes to left-wing fools (recall the 1964 example of 1,189 psychiatrists declaring then-presidential candidate Sen. Barry Goldwater “psychologically unfit”). But the APA statement will do even more harm.

The American Psychological Association goes beyond defining “traditional masculinity” as “on the whole, harmful.” It urges therapists to help men “identify how they have been harmed by discrimination against those who are gender nonconforming.”

That’s right. Your son’s psychotherapist will explain to him how it is entirely normal for a boy his age (beginning in kindergarten) to wear a dress, and that regarding an 8-year-old boy in a dress as not quite healthy is what is not quite healthy. In addition, the APA hopes this therapist will reassure your son that he, too, may well choose to be a girl.

The hardest part of starting psychotherapy is figuring out how to choose a psychotherapist. If you choose the wrong one, you will not only be wasting a great deal of time and money; you will not be helped, and you might well be harmed.

So how does one go about choosing a psychotherapist? The APA just made the task much simpler: Just ask any therapist you are considering for yourself or someone else, “Do you agree with the American Psychological Association that ‘traditional masculinity is psychologically harmful’?”

If the therapist agrees, thank him or her and leave. If the therapist starts giving a prolonged response, leave. Any therapist who cannot unequivocally condemn the APA statement is unworthy of your time and your money, let alone your psyche.

Many will try to weasel out of directly agreeing (or disagreeing) with the statement. They will tell you that sometimes masculinity is a problem. But they are just being careful not to lose you as a potential client. Such a statement is meaningless: There is nothing that cannot be harmful at times. That includes femininity as much as masculinity, and it includes such normally good things as water (a lot of people drown, after all). 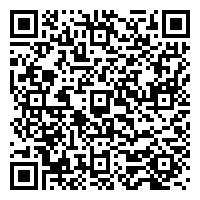