An ancient and rare coin from the time of King Agrippa I and the last days of the Second Temple was discovered by a student at Nachal Shiloh (Shiloh stream) in Samaria.

The student was on a school trip at Nachal Shiloh last week, when he found the ancient coin in the eastern part of the stream. The student approached the group’s tour guide, who in turn contacted the IDF’s Archeology unit at the Civil Administration, which dispatched an inspector to the site.


Herod Agrippa, a.k.a. Herod or Agrippa I, was a King of Judea from 11 BCE to 44 CE, father of Herod Agrippa II, the last King from the Herodian dynasty.

After the assassination of Caligula in 41, Agrippa was involved in the struggle over the accession between Claudius, the Praetorian Guard, and the Senate. After becoming Emperor, Claudius gave Agrippa dominion over Judea and Samaria and granted him the ornamenta consularia (consular insignia), and at his request gave the kingdom of Chalcis in Lebanon to Agrippa’s brother Herod of Chalcis. Thus Agrippa became one of the most powerful kings of the east. His domain more or less equaled that which was held by his grandfather Herod the Great.

Agrippa built a theater and amphitheater, baths, and porticoes in the city of Berytus (modern Beirut). He was equally generous in Sebaste, Heliopolis and Caesarea. He also began the construction of the third and outer wall of Jerusalem, but did not complete the fortifications. His friendship was courted by many of the neighboring kings and rulers, some of whom he hosted in Tiberias, which made Emperor Claudius suspicious of his intentions.

One side of the discovered coin shows three sheaves of wheat, the other a royal canopy surrounded by the inscription “King Agrippa.”

“This is a moving find,” said Hanania Hezmi, the IDF officer in charge of Archeology at the Civil Administration.

“Every archaeological find has a story behind it that sheds more light on the history of the Land of Israel and the people of Israel,” he added. “These finds complete another part of the puzzle of the history of our people.”

The coin was transferred to the Archaeological Staff Officer in the Civil Administration and will be preserved as part of the state’s treasures. 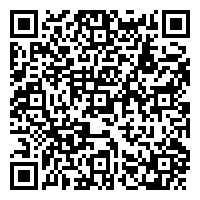