The last debate among 10 Democrats seeking their party’s nomination for president set a new low for demagoguery, contempt for America, and just plain foolishness.

Here are some examples:

Andrew Yang: “In America today, everything revolves around the almighty dollar – our schools, our hospitals, our media, even our government.”

It is difficult to imagine a more contemptuous, not to mention erroneous, view of America.

I would like to ask Mr. Yang: Does everything in your life revolve around “the almighty dollar”? In your friends’ lives?

If his answer is yes, he is projecting the shallowness of his life onto that of all Americans – a common trait on the left (“All whites are racists,” white leftists tell us, admitting to how contemptible they are).

If his answer is no, he thinks he is morally superior to all other Americans. In either case, what is clear is his disdain for his country, a disdain that underlies all leftism.

Andrew Yang: “We have to get our country working for us again, instead of the other way around.”

Yang’s statement is literally the opposite of one of the most famous lines spoken by an American politician since World War II: “Ask not what your country can do for you. Ask what you can do for your country” – from John F. Kennedy’s inaugural address in 1961.

Upending JFK’s message is a perfect example of what the left has done to the moral fabric of America.

Kamala Harris: “We know that the vast majority of us have so much more in common than what separates us, regardless of our race, where we live or the party with which we’re registered to vote.”

This is false on two grounds.

First, the left constantly tells us that every American who voted for Donald Trump or supports him is a racist at best and a white supremacist at worst. Does Harris have more in common with people whom she considers white supremacists – or does more separate her from them?

As I constantly note, truth is a liberal and a conservative value but has never been a left-wing value. The left’s only criterion in determining whether or not to say something is not whether it is true or false but whether it is effective or ineffective.

Second, the notion that we all have more in common than what separates us is not true no matter who says it. The only thing that the left and the non-left have in common is biological – we are all homo sapiens. Valueswise, we are utterly different.

One can only marvel at the ease with which leftists lie. In Warren’s case, she had decades of practice, having promoted herself as one of Harvard’s Native American professors of law. The fact is, tens of millions of Americans like their health insurance company just fine (I was one of them until I was forced onto Medicare) – far more than veterans who like their single-payer government health care.

Bernie Sanders: “‘Medicare-for-All’…allows you to go to any doctor you want.”

Why did none of the moderators ask him the most obvious question: How is that possible?

Let’s say an oncologist in Dallas had a stellar reputation and, therefore, tens of thousands of Americans wanted to see him either because they or a loved one had cancer. How would Medicare for All make that happen? Again, leftists will say anything to further their agenda.

Pete Buttigieg: This debate “reminds everybody of what they cannot stand about Washington: scoring points against each other, poking at each other and telling each other that – my plan, your plan. …”

Nothing more clearly divides left from right than this statement. The left says the No. 1 problem facing black Americans is racism. No one else does. Anyone who says racism is a greater problem than, for example, the absence of black fathers (more than three-quarters of black children are born to unwed mothers) either is woefully ignorant or purposefully wants to spread racial division.

Furthermore, if such polls exist and they are right, there is no hope for black America in this generation. It means that the left has successfully indoctrinated young Americans, white and black, into believing that a truly decent country is so indecent it hates its black population.

Beto O’Rourke (in response to Davis): “Racism in America is endemic. … It is found in our education system, where in Texas, a 5-year-old child in kindergarten is five times as likely to be disciplined or suspended or expelled based on the color of their skin.”

This is one of the left’s “proofs” of “endemic” American racism: America is so racist even kindergarten teachers and school principals – all notorious Trump supporters – expel black students solely because they are black, not because black students are disruptive at rates higher than their percentage in the classroom. Yet, despite the contempt in which Democrats hold teachers, teachers will overwhelmingly vote Democrat.

Joe Biden: “Nobody should be in jail for a nonviolent crime.”

That this man is taken seriously after such a statement is a comment on those who take him seriously.

Unfortunately, the left and right do, in fact, have far less in common than what unites them. Reading these statements, you can see why. 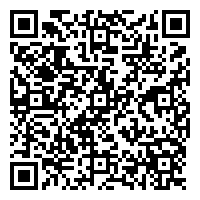