After last January’s impressive Siyum HaShas at MetLife Stadium, hordes of Jews flocked to Daf Yomi shiurim in the hopes of finishing Shas over the next seven and a half years. Many hailed this phenomenon, but I wonder: If a person is going to make a daily one-hour commitment over a seven-and-a-half-year period, should it really be to learn Daf Yomi?

Let’s be perfectly honest: Most of Shas consists of debates on topics that either don’t apply nowadays (e.g., the laws of sotah) or are of no practical relevance to the daily lives of the overwhelming majority of people (e.g., the laws of marrying a woman through a shliach).


Even sugyos that are relevant generally do not conclude in halacha l’maaseh. In other words, they may reveal the basis behind various halachos, but they often leave a person clueless on how to act in real-life situations.

I’m not suggesting, G-d forbid, that Gemara is unimportant. Gemara is the heart of Torah Shebe’al Peh, and Torah Shebe’al Peh is what distinguishes us from other nations. In fact, the Smag (citing Pirkei d’Rabbi Eliezer) says that when Moshiach comes, all the nations of the world will claim to be His chosen people. “The Jews may have the Torah, but so do we,” they will say to G-d, pointing to their Bibles.

How will we prove that we, in fact, are the chosen people? By showing G-d the “sign” He gave us at Mt. Sinai – the Torah Shebe’al Peh.

Gemara, moreover, is the basis of halacha, which literally means “the way.” Halacha is the Jewish way of navigating life. No posek can rule on a question of any import without being an expert in the various Talmudic debates relevant to it.

But what of the average Jew? Must he really know all the intricate debates behind the final halacha? And must he spend thousands of hours and expend enormous mental energy understanding the underlying logic of laws that will never affect him in his 120 years on earth?

Imagine what a person could learn in seven and a half years instead of Shas. He could go through the entire Chumash with Rashi, Ramban, Orach Chayim, Kli Yakar, and Seforno; or all of Nach; or the entire Mishnah Berurah; or the Kuzari, Chovos Halevavos, Shaarei Teshuvah, Orchos Tzaddikim, and Mesillas Yesharim; or all the works of Rav Samson Raphael Hirsch or the entire collected talks of the Lubavitcher Rebbe.

Imagine how high one’s soul would soar if one learned all these sefarim! Some of these classics are filled with the most inspiring and vital ideas imaginable. Holiness, purity, and enthusiasm drip from their pages. They contain ideas that expand the mind and fill one’s heart with passion and idealism. Is it really more important for the average Jew to know the laws of eruvin than it is to understand man’s purpose on this earth or appreciate taamei ha’mitzvos?

Lest a reader suspect me of advancing non-traditional ideas, let me conclude with two quotes – one from the Chovos HaLevavos (not an insignificant sefer in our mesorah) and one from Rav Yosef ibn Kaspi, a rishon. Both passages are cited favorably by Rav Dov Katz, a close talmid of the Alter of Slobodka, in the introduction to Tenu’as HaMussar.

[It happened that] one of the Sages was once posed a bizarre, hypothetical question, relating to the laws of divorce. He answered his questioner as follows:

“You who ask concerning that which brings no harm if one does not know it, do you know all that you are obligated to know of commandments that may not be ignored or neglected such that you have time to think of strange questions that will further you neither in Torah nor in faith and that will not help you overcome the faults of your personality?

“I swear that for 35 years now I have been working on what I need to know of the Torah’s commandments…and yet I have never had the time to think of the question which you have posed.”

And R. Yosef ibn Kaspi in the ethical will he left his son:

I see that the purpose of those among you who occupy themselves with Gemara…is to discover the proofs for the practical precepts since you find it insufficient to accept them as such from the Mishneh Torah.…

This may be illustrated as follows: The master ruled in his halachot: “A sukkah more than 20 cubits high is invalid.” But you say, “No good!” Your mind will not rest until you know whether this is so because the eye does see the covering or because the occupant would be sitting in the shade of the walls instead of in the shade of the covering or else because a sukkah must be a temporary abode….

Indeed, I concede that this is all to the good. But why do you deem it an obligation to know the supporting evidence for the practical mitzvot when you do not consider it obligatory to know the underlying evidences regarding mitzvot involving the heart?”

The passionate desire to learn Torah that followed the Siyum HaShas was inordinately inspiring. I’m just not sure it was properly directed.

The opinions expressed in this column do not necessarily reflect the positions of the full editorial board of The Jewish Press. 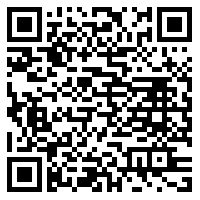