My dear wife has taken to growing vegetables. Last erev Shabbat, a summer squash appeared. It was simply perfect. Today a bright red tomato made its debut. I posted a picture of it on my Facebook page with a message, “My wife and I are proud to announce the safe arrival of our first home grown cherry tomato. We are going to call it Tom if it’s a boy and Sherry if it’s a girl and NFL if it’s an anti-Semite.”

Of course, among my five thousand or so Facebook “friends,” there were one or two who were unhappy with what I wrote.

Then there were those who were upset that I had suggested that the NFL is anti-Semitic.

In the interest of a quiet life, I conceded that a tomato is a fruit and that there are anything upward of twenty-three thousand different genders but please, don’t try and tell me that the NFL isn’t anti-Semitic.

Recently, Philadelphia Eagles wide receiver, DeSean Jackson, posted praise on his Instagram account for the man the Village Voice and even the ADL referred to as America’s Black Hitler, Louis Farrakhan.

Jackson also posted a text mistakenly attributed to Adolf Hitler claiming that “White Jews” are exploiting Black Americans and resorting to blackmail and extortion to advance, “Their plan for world domination.”

The Eagles owner, Jeffrey Lurie fined (Yes! that’s “fined” not fired) Jackson an undisclosed amount and issued a statement saying the posts were “absolutely appalling.” But the Eagles only made a vague promise to continue, “to evaluate the circumstances” and “take appropriate action.”

What though of the NFL? They said the comments were, “highly inappropriate,” (Ya think?) and passed the ball back to the Eagles.

It does not matter the enormity of the lie or the clearness of the racism, the NFL is scared and has been since Colin Kaepernick “took the knee.”

For the NFL, Black Lies matter, especially if they are about Jews. To them the truth about Jews and the pain this vile and mendacious attack has caused doesn’t matter at all. If it did, they would have taken action instead of displaying the most appalling cowardice, derisible tokenism and burying their heads in the sand.

In an article in the Washington Post, the director of the National Jewish Advocacy Center, Mark Goldfeder points out that, the FBI reports that the majority of religiously motivated hate crimes in the United States are committed against Jews. This is despite the fact that they make up less than 2% of the population. On campuses around the country, incidents of anti-Semitism have spiked to nearly 75%.

If the accusation, in post-George Floyd America is, “Silence is Compliance,” where were all the athletes speaking out against this bigotry?

Let me share a true story about the owner of the Philadelphia Eagles and the Jews who rushed to play down Jackson’s offense.

A friend of mine originally from South Africa, moved to the U.S. and settled in California. He is an extremely successful businessman and a close friend of one of India’s richest men. His friend asked him to join him in London at the final meeting that would take place to secure a billion-dollar deal.

At the meeting someone made some disparaging remarks about Jews. My friend stood up and declared to his friend, “Sanjoy, I am sorry, but as a Jew and as a man, I cannot listen to this attack on my people, I have to leave.” His friend also stood up and said, “If my friend is offended, so am I. The deal is off.”

That is the reaction we should expect from the Jewish employer of DeSean Jackson and the NFL. 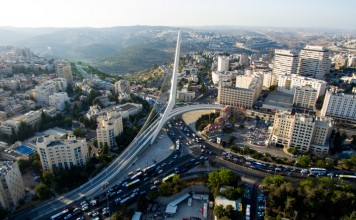