Islamophobia has almost become a fad for a certain group of academics and Muslims across North America. 2013 was a bumper year for Islamophobia conferences in America and abroad.

One would think that four conferences in one year would be enough for the International group of speakers to discuss, debate and hash out that, in their view, there is an epidemic of Muslim-bashing taking place in North America.

However it seems that these are not enough to complete the agenda of the Islamists. Therefore this year the University of California, Berkeley is hosting its fifth annual International conference on the study of Islamophobia, from April 14 to 19, 2014.

It is frightening to realize that this is their fifth such conference; the website states, “the obsessive pre-occupation of everything related to Islam and Muslims, congressional and parliamentary hearings criminalizing Muslims and violations of their civil liberties and rights, domestic and international surveillance programs exclusively on Muslims and Arabs, extra-judicial use of force on Muslims and Arabs, interventions, military campaigns, and policies rationalizing its exercise, are, in essence, what we see and bear witness in the Muslim world. These are the direct effects of latent Islamophobia.”

Seriously? A course on Islamophobia? Recently, Professor Bazian told 100 students in his class to tweet about Islamophobia — all being done to promote an agenda of “victimhood.”

Obviously the Islamophobia conferences, the courses and the tweeting professor must find support for their self-serving propaganda somewhere. Part of this support comes from the Organization of Islamic Cooperation (OIC), an international organization consisting of 57 Arab and Muslim member states, including the entity of the Palestinian Authority. The organization states that it is “the collective voice of the Muslim world” and works to “safeguard and protect the interests of the Muslim world in the spirit of promoting international peace and harmony.” The term “Muslim world” is offensive: no one speaks for all Muslims, and for the OIC to consider itself the “voice of the Muslim world” is dictatorial in the extreme.

No surprise, then, that on their website they have an Islamophobia Observatory, where they mention their support of Human Rights Council Resolution 16/18, adopted in 2011, on “Combating intolerance, negative stereotyping and stigmatization of, and discrimination, incitement to violence, and violence against persons based on religion or belief”.

What is ironic and hypocritical about all the Islamophobia hype by members of the OIC is their double standards when it comes to minorities in their own lands. Saudi Arabia, Pakistan, Egypt, Turkey, Mauritania, Nigeria, Sudan, Bangladesh, Iraq, Kuwait, Syria, the Palestinian Authority and Iran are among OIC members that have appalling human rights violations against minorities, and are routinely ignored under UNHRC Resolution 16/18. 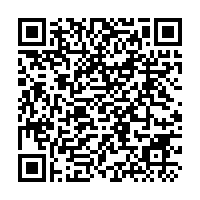