Home InDepth Columns The Old Shtetl Ilza (Drildz)
Share on Facebook
Tweet on Twitter
Ilza is a picturesque town in a valley along the Ilzanka River in south-central Poland. It is located 75 miles south of Warsaw and 18 miles south of Radom.

Ilza was incorporated as a town in the early Middle Ages. The first Jews settled in the city at the beginning of the 19th century. The Jews of the town called it “Drildz.” According to the census of 1827, there were 376 Jews in Ilza.

Ilza is one of the oldest pottery centers in Poland, dating back to the 14th century. In 1823, Lewin Selig, a Jew from Sunderland, England, established a factory in Ilza. Sunderland pottery became a flourishing industry in the second half of the 19th century, and the Jewish population grew to 2069 by 1897. In addition to the factory, Jews owned flour mills, gypsum quarries and various trade workshops. A fire destroyed the Sunderland factory in 1903.

Ilza was almost completely destroyed during World War I, but began the process of rebuilding and regained the status of city in 1924. After the German occupation of September 1939, a Judenrat and a ghetto were established in July 1941. Ilza’s 1900 Jewish residents were deported to the Treblinka death camp on October 22, 1942. There are no Jewish residents of Ilza today.

In 1837 the Jewish community first received ground for a cemetery. Located on the outskirts of the town, it was fenced in and remained the Jewish cemetery for over a century. The last known Jewish burial was in 1942. The size of the cemetery is about 3.7 acres.

During World War II the cemetery was vandalized by the Nazis. The Germans forced the Jews to uproot and transport the matzevot to swampy areas for road building near Radom. Many monuments were also used by the Germans for building roads between water ponds at Modjeawista, near Ilza.

After the war, the area of the cemetery and its boundaries were untouched and saved from further desecration. The town planted trees in and around it, thereby saving the cemetery from encroachment and other inappropriate uses – as a building site or waste dumping, etc. – found at too many other sites in Poland. It was Mr. Penkala, the former curator of monuments, who saved the Ilza Jewish cemetery.

The cemetery is owned by the municipality, but the adjacent property is residential and agricultural. There is some clearing of vegetation paid by a local contribution by authorities.
There are surveyors’ maps from 1937 still in existence on file with the municipality. A more recent survey was done by Adam Penkala in August 1991.

It has been noted that there is some indication of a mass grave outside the boundaries of the cemetery. Further investigation will be necessary to confirm this.

Although there are no Jews living in Ilza, the Jewish expatriates of the town have formed a group to preserve its memory and the cemetery. The first discussion of the Ilza Cemetery Restoration happened at the 2002 annual international conference of Jewish genealogists in Toronto. At a luncheon of Drildzer descendants they shared stories and photos, and the idea of preserving the Ilza Cemetery was enthusiastically discussed.

The group has been in contact with the Polish Jewish Cemetery Restoration Project (PJCRP), located in Buffalo, N.Y., to start initial investigations into the Ilza cemetery site. Results of the initial investigation were received from Polish contact. They also received pictures of the cemetery site, pictures of a possible mass grave, a map of the grounds and a recommendation for further steps.

Following numerous trips by various members of the Drildzer Society, they undertook the project to preserve their shtetl’s cemetery, where so many of their forebears were buried.
They have reported that as of November 2005, the stone wall around the cemetery was completed but all other work has been suspended until the spring thaw.

The Toronto Drildzer Congregation and Society is approaching its 70th anniversary. It began on January 1, 1934, as the Drildzer Young Men’s Mutual Benefit Society. As far as we know, it is the last surviving landsmanschaft for Ilza. It currently has 150 members (covering four generations). Each year they hold monthly board of directors meetings, four general meetings, a picnic and a Chanukah event. The Society makes charitable donations and maintains the Drildzer section of the Dawes Road Cemetery. In addition to leading the Ilza Historical Cemetery Restoration Project, the society has initiated an exciting film project – led by Harvey Golombek and Sam Hoffer – to record the major events, history and experience of its senior members in the founding and growth of the society. The society can be reached at 326 Wilson Ave. in Toronto.

Shmuel Ben Eliezer can be contacted at jpolin2@aol.com 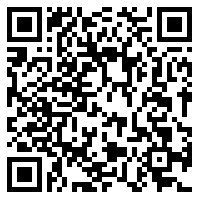