This is the 14th part of a series on Aliyah and Klita (absorption) stories of American Jews who came to Israel for ideological and religious reasons in the past years. The purpose of the series is to emphasize the quality of the early Olim to Israel and to tell the stories of these true role models for American Jewry.

Unfortunately, the question as to where to raise your children and where you and they should live is not a hot topic in the American Jewish community. There is a great deal of inertia despite the open signs that Hashem wants you to go to live in Israel today. All of the standard excuses of money, job, family and convenience are important, but the need of your souls to live in the Holy land should not be ignored.

Eric Zimmerman was raised on the values of Bnei Akiva. He and his wife, Sharon, made aliyah in 1988, with their four-month old daughter, Dafna. Prior to their aliyah, Eric worked at the World Zionist Organization, assisting others to make Aliyah, and his wife was on the VP-track at Chemical Bank.

Their first stop in Israel was Kibbutz Ein Zurim, where they spent five great years, Eric as a farmer and Sharon in a variety of jobs, while bringing three more beautiful children into the world. They left kibbutz in 1993 and settled in Oranit – by all accounts a beautiful bedroom community of the Sharon region. Since then, Eric has served as the research grants coordinator at Bar-Ilan University and Sharon worked in the medical and R&D worlds. Sharon now works for a Europe-oriented technology-transfer company affiliated with the Ministry of Industry and Trade, as well as for a non-profit educational organization.

Eric and Sharon came to Israel in order to make a difference; to contribute in words and action to the building and strengthening of the Jewish People in the Land of Israel. Both are convinced that they are realizing that dream. Though it certainly has not always been easy, they have no serious regrets. They live in a vibrant mixed community of mostly single-family homes (villas) where they have many friends and many of the services found in bigger cities. Actually, come to think of it, they are living the American Dream, but in Israel. (see family picture)

Esther Rechtschafner, after her senior year in high school, attended the Bnei Akiva Hachshara in 1962. She came from a very Zionistic family and had always planned on coming on Aliyah. She wanted to stay after Hachshara, but went back to America, because her parents wanted her to. She was determined, however, to come on Aliyah as soon as possible. After having her back in America for exactly a year, her parents agreed that America was no longer for Esther, and she succeeded in coming on Aliyah.

Her parents had also been planning Aliyah for many years, and they joined Esther a few months later. Esther married Mordechai Rechtschafner, from Bnei Akiva, Australia, on Lag BaOmer 1965 and decided to settle in Ein-Zurim, one of the youngest Religious Kibbutzim, for they thought that Kibbutz was the best way to contribute to the welfare of the country. When the 1967 war broke out, Esther’s husband served in the unit that liberated Jerusalem.

Esther received a BA in Israeli and Jewish History from the Israeli Open University and a degree in Library Science from the Hebrew University. She has received much acclaim for her articles about the places in Eastern Europe that her grandparents came from:

1. “Reezekne, The City of My Roots” (The Latvian city that her paternal grandmother (z”l) came from)

2. “The Connection Between Rezekne and Ein Zaitim” (The Jews of Rezekne bought land near Safed over 100 years ago)

3. “Research on Cherkassy” (The Ukraine city that her maternal grandmother (z”l) came from)

4. “Sveksna” (The Lithuanian town that her paternal grandfather came from)

Esther and her husband have three daughters, all of whom served in the army. Idit is married to Koby, whose parents are also American, and they have six children. Idit works as a special education teacher in Bet Shemesh. Ayelet, the mother of two children, is the head nurse in Betar Elite and is married to Zachary, a Russian doctor, who works as a nurse in Hadassah and is finishing his Masters Degree in Judaism. They live in Zur Hadassah. Doria is a student in the Hebrew University.

Esther has been working for the past 20 years as the “house-mother” in Yeshivat HaKibbutz HaDati, Ein Zurim, and enjoys her work very much. Many of the students are children of former Anglo-Saxons.

Esther feels that it is important to add that they have never received financial help from their parents. They just never needed or wanted it. Her parents were never actually “well off”. Her father’s wealth was in his knowledge, and in his love for Israel. (Her father was a descendant of the family of the Vilna Gaon).

Chani Lior came from Brooklyn right after she completed high school. She left behind her family and friends but came because this is where she wanted to spend her life. In Israel, she studied Education and worked as a teacher for eight years. For the past 12 years, she has been working together with her husband to build up their family business. They were part of the founding Garin of Yishuv Beit Haggai where they and their family have lived for the past 18 years.

Barbara Blum and her husband Alex came on Aliyah from New York in 1968 for Zionistic reasons. Like many other Olim, they left behind their parents, brothers, sisters, uncles, aunts, cousins and friends, and gave up much of their financial security. Alex received his PhD in philosophy from N.Y.U., and was an assistant professor of philosophy on his way up. Barbara was a tenured teacher.

In Israel, Alex taught philosophy at Bar Ilan University. During his years of teaching, he was also the Head of the Department and Dean of Humanities. He co-founded Philosophia, the first international philosophical journal in Israel.

Barbara studied art at the Avni Art Institute and received a scholarship from the Israeli Ministry of Education and was accepted as a member of the Tel Aviv branch of the Israeli Artist Association. She has participated in numerous group exhibitions and three one person shows. She has also been writing, and has published a cookbook.

Alex and Barbara made their greatest sacrifice to Israel – the life of their first-born son, Moshe. He was injured in the Israeli Air Force in April, 1990. He received a spinal cord and brain injury and was left paralyzed from below the shoulders. He is in need of support from a breathing machine for at least several hours daily. They cared for him at home for 13 1/2 years as he fought valiantly to have a ‘normal’ life. He attended classes in university, painted with a brush in his mouth, had an exhibition of his works, and gave them and those working with him the strength to continue. He succumbed to complications stemming from his injury in August of last year. May his memory be blessed. 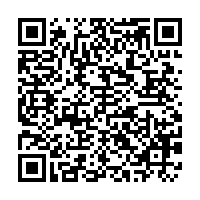