This is the 17th part of a series on Aliyah and Klita (absorption) stories of American Jews who came to Israel for ideological and religious reasons in the past years. The purpose of the series is to emphasize the quality of the early olim to Israel from America, and to disprove the thesis that olim in the early years of the state were unsuccessful shnorrers.

Many Israelis are dreading the march of time as the days of “disengagement” approach. It is hard to understand the logic of the capitulation to the terrorists in return for absolutely nothing. America pressures Israel to abandon its communities and transfer its citizens from their homes, Europe pressures Israel, the entire world pressures Israel. Do they all really believe that the same terrorists that threaten Europe and the United States will live in peace with Israel? Would they really pressure us if we were not Jews?

America refuses to compromise with Iraqi or Afghanistan terrorists, yet we are forced by them to give away our homes to the Arab terrorists. Pray for us.

Moshe and Hadassa Goldberg came on aliyah in October 1963, with their daughter, Leah, who was six months old. After Moshe received his masters from MIT in Chemical Engineering, they came to Haifa so that Moshe could attend the Technion where he received his PhD in Chemical Engineering. For the last 42 years, they have lived in Haifa and had three more children, their sabras.

Throughout the years, Moshe worked in various high tech jobs. He was the first in his field to put Chemical Engineering onto the computer. Eventually, he branched out into the computer field and worked on super computers. Moshe’s last job before retiring half a year ago was Manager of High Performance Computing in the Technion computer center.

Hadassa worked at various odd jobs from her home while the children were very young; jobs such as: teaching sewing, tutoring students in math and English and teaching Judaism to women converts. Twenty-six years ago, Hadassa started working in Emunah, the Women’s Religious Organization. Two years later, she went to work in the Technion Central Library where she eventually became head of the Document Supply and Inter-Library Loan Dept.

Last year, Hadassa and her sister, Sarah Goodman, published a book, Fleeing Europe about their family’s miraculous escape from Europe during the Holocaust.

Yitzchak and Miriam Fischer arrived in Israel in 1995 from Baltimore, Maryland and live in Raanana. Yitzchak has a BSc in natural sciences from Towson State University in Maryland, and is internationally certified as an expert in both safety and industrial hygiene by the respective American boards. Miriam has a BSc in math from Lehman College in New York and they both have second BA degrees in accounting from the University of Baltimore.

In America, Yitzchak had a successful consulting firm in industrial hygiene and safety in the Maryland area, employing 12 people. Miriam had a successful cleaning company employing 10 people. In Israel, Miriam handles international projects and communication for a medical equipment importer and distributor. Yitzchak has consulted on several projects and then became the manager of safety for the construction of the Cross Israel Highway.

With Yitzchak’s help, the highway authority achieved levels of safety in construction compliance, never dreamed of for such a project. As a consultant, he was instrumental in preventing the construction of a “kiddie park” utilizing asbestos waste on the northern Mediterranean coast.

Yitzchak and Miriam’s eldest son, Moshe Eliezer, studied in Kerem B’Yavne Yeshiva, Yeshiva University and the Gush. He is on shlichut with his wife and two children to the University of Maryland. He has semicha from the Rabanut, an MS in education from Y.U., and they are building a home in Modiin for their return home. Their daughter, Yael has a BSc in physics. She and her husband, Rabbi Yaakov, and their three children live in Matityahu, where Yaakov learns in the kollel and works as an administrator.

Their daughter, Elana, has a BA and works for Tehilla, and their son-in-law, Meir, learns at Yeshivat Hakotel (third year of Hesder service). They live in Jerusalem and have two daughters. Their daughter, Ariella, did two years of Sherut Leumi and she studies at Givat Washington. The daughter, Bracha, also served in Sherut Leumi.

Yitzchak was loathe to write about the family’s achievements. He felt that the critics of the previous aliyot to Israel completely missed the point. “One can no more assess the success of aliyah by gashmius milestones then one can assess the capacity of a swimming pool in kilowatts!” He believes that anyone who left the gashmi (materialistic) world of the United States, a truly wonderful and benevolent country and society, which is more just and kind to her citizens then any other country in the world, for a more spiritual world of Eretz Yisrael, is a success. He also believes that those who came to Israel many years ago were far greater heroes. They gave up real gashmius for tremendous hardships.

They waited in lines at pay-phones to hear a few words from loved ones left behind because not many homes had their own telephones. They put up with overbearing bureaucracies and “third world” efficiencies and mentalities, so they could live in Israel. They gave up careers and high paying jobs to be part of the A’dchalta D’geula and help build a great and wonderful country in a very unfriendly neighborhood.

They paved the way for followers far less brave and self sacrificing, to come and live, and GROW, here. Many of them paid a horrendous price in human suffering and loss. None of this can be in any way measured by the gashmeusdika milestones of the outside world known as chutz l’aretz.

Yitzchak expresses that he is truly happy for those who are now managing to get much gashmius from their aliyah today, and he is sure that in spite of the gashmius, they will all experience the wonderful spiritual existence that is part of Am Yisrael, in Eretz Yisrael. He believes that their children will experience the difference. Each Jewish soul that plants itself in Eretz Yisrael contributes greatly to the whole. Each North American adds a great deal, in ways that Jews from other parts of the world cannot.

Those living in Israel cannot fault those who live outside of Israel for assessing us in gashmi terms. That is the language they speak there. When they finally come home, they will understand the difference. Let’s hope it will be sooner rather than later. 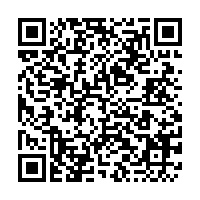