This article was written in response to “Are Christian Zionists a Threat to Israel”, written by David Ha’Ivri on December 20, 2011.

There is no question that there are many fine, upstanding Gentiles supporting Israel at this time. While certain strategic, moral and political alliances with the non-Jewish world are to be encouraged, it is both naïve and misleading to deny the serious costs involved in Israel’s unregulated relationship with impassioned evangelical Christians.


There is a wealth of information indicating that the vast majority of evangelical organizations supporting Israel on the political, economic and humanitarian fronts are directly or indirectly involved in supporting a growing Christian messianic restoration in Israel and in missionary efforts directed at the Jewish people. This existential spiritual threat is being overlooked by Jewish leadership in both Israel and the Diaspora.

These are the facts on the ground, as reported by the Baptist Press, seven months ago (unfortunately, these statistics coincide with reports from a number of Jewish and governmental sources):

Mr. Ha’ivri chose to diminish the concerns of those who are working in the counter-missionary field and to dismiss their investigative findings regarding growing Christian influence and infiltration in the Jewish state. A good number of the professionals and activists working in this field have, prior to returning or converting to Judaism themselves, spent years in church movements as active missionaries. These professionals now spend their days and nights bringing back Jews who have been lost to the churches or messianic Christian movements. The understanding by these professionals of the situation and of the personalities involved is hardly “shallow”, as Mr. Ha’ivri wishfully believes.

Certain Christian individuals and organizations with whom Mr. Ha’ivri chooses to work may not be aggressively proselytizing with a conversion agenda in the classical sense. However, they are on a religiously-driven mission with the intention to draw Jews close. They strive for a theological unification between Judaism and Christianity – a breaking down of barriers between faiths, as portrayed in Christian scripture. In addition, these parties are supportive of the messianic Christian sects in the Jewish state and aspire towards a Christian – not a Jewish – restoration in the Land of Israel. That makes them “missionaries” in every sense of the word.

The obvious point that evangelicals live to evangelize and that Israel has embarked on a “biblically-based” alliance with those who by definition, are missionaries, needs to be addressed in an honest fashion. Taking precautions to preserve the integrity of the Torah, the Jewish people and Eretz Yisrael is simply off the radar screen of many of our leading activists who are preoccupied with garnering political, humanitarian and economic support for the Jewish state in desperate times.

As devoted and passionate as many of these Christian leaders are in their support of Israel, it pales in comparison to their zeal and commitment to spreading the Christian message. As Pastor John Hagee explained on the missionary Daystar TV network, when they announced programming plans for Israel:

“It’s just all I can do to keep from getting up and dancing… it’s a joy and a dream come true. If we are able to preach the gospel [in Israel] without reservation … it’s a major breakthrough.” —-(Jewish Telegraphic Agency, May 18, 2006)

Torah observant leaders and activists tout pro-Israel Christian personalities around Israel as saviors, but fail to take the responsibility to effectively communicate Jewish sensitivities and limitations to these parties that are reaching out to Jews. Perhaps had Glenn Beck been given clear and unequivocal guidelines by his Jewish hosts, he would not have invited Jews to participate in an “uber-Christian” event, nor would he have featured known missionary personalities, who explicitly target Jews, at his “Restoring Courage” event this past summer in Israel.

There is reluctance on the part of rabbinic and Jewish community leadership to draw red lines or issue guidelines to govern the interfaith relationship. At the same time, Israeli legislators evade drafting effective counter-missionary legislation. It seems that nobody wants to alienate “good friends” who are not aggressively proselytizing but rather are “sharing their faith” through “outreach projects” to a very vulnerable Israeli populace.  That David Ha’ivri minimizes the spiritual threat which these missionaries present in Israel is indicative of a certain detachment from his own people, many of whom are spiritually thirsty and lacking a proper Jewish education or the means to respond to evangelical overtures.

Unfortunately, there are significant voices within the national religious camp who are naively heralding a new era in interfaith relations. Some of these people are calling for revolutionary openness and leniency in the Jewish approach to Christianity. Slapping a Jewish prophetic spin on this Christian theological fervor reeks of denial and jeopardizes the entire Jewish nation. Those who are embracing what they deem to be a “new Christianity” should keep in mind that the old Christianity is very much alive and well and operating in Israel, while the new deceptively mimics Judaism in its quest for historical Jewish roots.

Our unique commitments as Jews, and our obligation to keep a separation between faith communities, remains constant, whether the era be philo-Semitic or anti-Semitic. For even had Christians had been kind to us for two millennia, their fundamental beliefs would remain no less forbidden to us. Judaism clearly demands us to remember that, certainly for the Jew, Christianity (the belief in Jesus as lord and savior) is an irrefutable form of idolatry. The Torah’s prohibition against and rejection of idolatry is at the very core of Judaism.

If Israel is charged with being “a light unto the nations”, our leaders should not be in the business of assisting Christian pastors and ministers in perpetuating their doctrine. As Jews, it is our job and responsibility not to compromise, adapt or reconcile our beliefs in a way that could, G-d forbid, lead to spiritual assimilation. We should not be providing devout Christians with the tools to carve a more refined and polished image of their false lord and savior. And yet a steady parade of high-profile rabbis and political and community leaders are now regularly gracing numerous messianic “Hebraic Roots” Christian churches and ministries which are dedicated to “demonstrating Jesus’ centrality to Judaism and his inclusion in the Torah”. Nor should Jewish rabbis and leaders be hosting activities with those believers in Jesus who consider themselves part of the 10 lost tribes of Israel, with entitlement to equal inheritance of the Holy Land.  It is a mistake to believe that we Jews can teach gentiles Torah in a messianic Christian setting. These congregations are absolutely christ-centered. Everything they garner from Judaism is used to solely enhance their own belief system.

David Ha’ivri’s appearance two weeks ago with Tommy Waller on the missionary God’s Learning Channel (GLC) TV network, which strives to “help you see Yeshua (Jesus) in the Torah”, pushed the envelope into forbidden territory.

Mr. Ha’ivri is a committed Jew and Zionist who works tirelessly for his land and people. We count on people like him to uphold the physical and spiritual integrity of Eretz Yisrael. If our leaders choose to work with devout Christians, then they should be honest enough to acknowledge the problems and wise enough to use foresight, seek guidance, and draw red lines in such relationships.

If Jewish organizations and Jewish leadership in Israel and the Diaspora continue to reap the benefits of Christian support while turning a blind eye to the missionary activity directed at those sectors of the Jewish people who are most vulnerable, then something has gone terribly wrong.  It is a betrayal of everything we stand for. 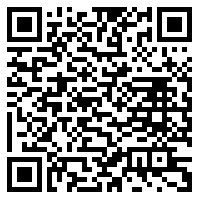