Many of us are worrying about and lamenting the direction the political winds have been taking in New York City. It seems that there is no end to the stream of radical, anti-family, anti-religious, anti-life advocacy in public policy – in fact anti-everything that we hold near and dear to us. But we now have an opportunity to do something to at least slow down the march toward the abyss.

We can vote for Eric Ulrich for public advocate of New York City. He is running on the “Common Sense” line on the ballot and his common sense advocacy has a real chance to make a difference. In his role as public advocate, he will have a bully pulpit to hold the mayor publicly accountable for his actions. He also can and will urge alternative policies many citizens of New York City could well come to recognize and accept as wise and sensible approaches to education, the subway system, crime, housing, small businesses and so many other important issues.


New York citizens will only have themselves to blame if the public advocate position to go to a business as usual candidate. Vote on February 26 for Eric Ulrich as though the future of New York City depends on it – it does. 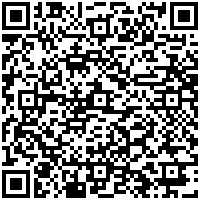