For the first time, the European Union has called on Bosnia and Herzegovina (BiH) to address the restitution of property that was seized during the Holocaust, a condition to being considered for EU membership.

The resolution states that the European Parliament “calls on BiH to ensure the right to property; points out the lack of a comprehensive legislative framework on handling restitution claims and encourages the authorities to open a dialogue with interested parties on issues pertaining to the restitution of, or compensation for, seized property.”

“WJRO is proud to have supported this key article in the European Parliament resolution,” said its chair of operations, Gideon Taylor. “We urge Bosnia and Herzegovina to pass legislation for the return of private and communal property.”

Ambassador Jakob Finci, president of Jewish Community of Bosnia and Herzegovina, said, “This vote by the European Parliament is a powerful call for long-awaited legislation in Bosnia to provide justice for Holocaust survivors and their families, and to the Jewish community and other religious communities.

Before to the Holocaust, around 14,000 Jews resided in Bosnia and Herzegovina, including 12,000 in its capital, Sarajevo. Only 2,000 returned.

Currently, around 1,000 Jews live in the country. 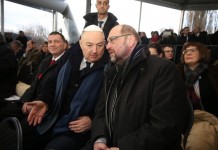 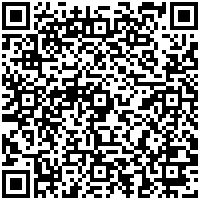