We were struck by a petition drive launched by the National Jewish Democratic Council demanding that presumptive Republican presidential nominee Mitt Romney and the Republican Party reject contributions from billionaire donor Sheldon Adelson.

The NJDC claims Mr. Adelson’s money is tainted, based on unproven allegations in a lawsuit brought by a disgruntled former employee as well as other claims that Mr. Adelson was personally aware of and condoned unsavory conduct in several of his companies. Coming at a time when the media are reporting problems with President Obama’s reelection fund-raising efforts and, in contrast, a flourishing money drive by Mr. Romney, we can’t help but detect a sense of panic. This is especially so since Mr. Adelson has announced plans for huge infusions in contributions to Republican coffers in the run-up to the November election. But the outcry over Mr. Adelson may end up being a Pandora’s Box for the president.


As noted, the NJDC campaign invokes unproven charges against Mr. Adelson. Yet major Democratic contributor George Soros was convicted in 2002 by a French court of insider trading and fined some 2.2 million Euros. No similar calls have been made to reject or return his contributions. The NJDC effort is also likely to resurrect the controversy over President Obama’s refusal to return a million-dollar contribution from comedian Bill Maher following his outrageous derogatory public references to Sarah Palin and other prominent Republican women.

And then there are the very public embraces of the racial arsonist Al Sharpton by the president and his attorney general, Eric Holder. That’s the Reverend Al Sharpton of Tawana Brawley, Crown Heights and Freddie’s Fashion Mart fame. Most recently, Mr. Sharpton stretched to find a racial dimension to the congressional vote holding Mr. Holder in contempt for failure to turn over requested documents:

As I marched this past Sunday with tens of thousands in New York in opposition to the abhorrent practice of stop & frisk, I couldn’t help but think of our attorney general. Tattered down and publicly humiliated, AG Holder has been mishandled just like the young Black and Latino men (and women) who are demonized on our streets everyday….

From the president on down, Democrats have ignored these notorious actions, which are matters of public knowledge. If Mr. Adelson is a fitting target for rebuke, why not those from the Democratic side? And a word or two about the NJDC’s reliance on mere allegations might also be in order. 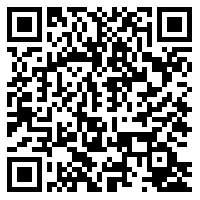