To any sane viewer, one without a massive chip on his shoulder, it is clear that the man in the video is a non-Jew, a gentile who the Israeli girl is dating. Had he been a Jew, Dafna would have simply explained to him: “Today is Israel’s memorial day, when we remember those who have fallen in the fight for the Jewish State.” If he were a Jew he would have been profoundly moved because most Jews care about our homeland and have feelings for the young IDF soldiers who have given their life.

Jeff Goldberg’s shallow analysis, in which he is “certain” that the Israeli government is caricaturing and castigating American Jewry through the male character, borders on the conspiratorial. Clearly, the Netanyahu government did not tell Israeli Jews not to marry American Jews. I am sure Bibi would like nothing more than for Dafna to marry a nice American Jewish boy, bring him on aliyah, and help him become a part of everything that she holds dear – including Yom HaZikaron.

Far from being divisive, this media campaign actually brings to light a concern that all Jews living in America share: Jewish cultural and physical assimilation in the Diaspora. Most Jews want their kids to know Hanukkah more then Christmas, most Jews want their children to marry in the faith, most Jews understand that the Hebrew name “Abba” has value, and most Jews care about Israel. Seen in this light, the videos actually address the common concerns of all Diaspora Jews and contains nothing that should offend American Jewry.

Some American Jews may have been offended by the insinuation that Israel is the land of the Jews, and somehow preferable to America. Indeed, that idea is not always easy to swallow but keep in mind that the love of the homeland is a deep-rooted value in our ancient Jewish texts and is a fundamental tenet of modern Zionism. The Netanyahu government did not exceed its mandate when it called on Jews to come home, especially those who already have Israeli citizenship. And one cannot deny that Aliyah does combat assimilation by helping Jews come home to the land of the Jews where Jews marry Jews and make beautiful Jewish culture together.

At the very least, the videos succeeded in generating some discussion in the Jewish world about major issues facing our people: Israel’s ongoing challenges of yerida (Israeli ex-pats), the Diaspora’s rampant assimilation, and even, the cultural distance between America and US Jews. It would be a shame if we took the childish and easy way out of this debate by simply saying that “you hurt my feelings!” No, the issues here are much bigger and we would be wise to address them on both sides of the Atlantic by strengthening Jewish identity and enhancing the bonds between us and American Jews.

So, my American Jewish brothers and sisters, again I am sorry if my government’s efforts hurt you, it was certainly not intended to do so. This campaign’s objective was to help reunite the family, but sadly it ended up dividing us.  Let us pray that this episode will, in the end, help the Jewish people come closer and buck the trend of growing further apart. 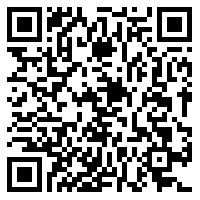