A stealth aircraft being used by the CIA for secret missions has been captured by Iran, according to US officials on Monday.

The RQ-170 model now in Iranian possession is one of the CIA’s most advanced drones, which was designed to elude enemy detection.  It has been used for highly sensitive covert operations, including surveillance of Osama bin Laden’s compound in the months before he was killed by Special Forces in Pakistan.

US officials did not comment on the significance of Iran’s apprehension of the aircraft, which is believed to have been shot down by the Iranian military, according to Fox News.  The International Security Assistance Force in Afghanistan on Sunday had reported that the device was downed when operators lost control of it in western Afghanistan. US officials later explained that its statement was accurate but calculated to be ambiguous, and denied that the aircraft had been downed by Iran.

Iran and the United States have no diplomatic relationship, but 2009 US exports to Iran totaled $281.8 million.

Iran currently faces international and US pressure to halt its nuclear program, which the International Atomic Energy Agency (IAEA) has determined is for military purposes rather than civilian.  Iran also provides support to anti-US forces in Iraq and Afghanistan, and funds Middle East terror organizations targeting Israel. 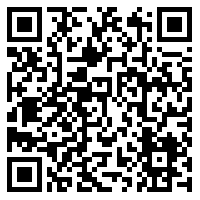