One would have thought, after witnessing the scene of Hillary Clinton’s seemingly limp body being eased into a van by her aides and Secret Service detail on Sunday, that the uppermost concern in everyone’s mind would have been what really was wrong with her.

And one would have expected universal concern as to why she had been dismissing as “conspiratorial” and nonsensical earlier questions that had been raised about her health – the several apparent fainting or seizure episodes, the coughing spells, and the videos showing her being helped onto stairways and airplanes – when there clearly was reason for real concern.


And then there are the questions about any possible lingering effects of her several blood clots and her now well-known concussion – which reportedly sidelined her for several months.

Yet her amen corner in the mainstream media seized on her most recent public collapse on Sunday not to urge her to be more forthcoming but to support a general call for “full disclosure” from both presidential candidates simply as a matter of good electoral practice.

Thus, in the aftermath of Mrs. Clinton having taken ill on Sunday, The New York Times, in an editorial titled “Full Disclosure on Candidates’ Health,” opined:

As President Obama’s graying hair suggests, the American presidency is perhaps the most grueling and stressful political job there is. This year, both major party candidates for that job are past the nation’s customary retirement age. And while submitting health records is not a requirement for the job, Hillary Clinton and Donald Trump would be doing American voters a great service by furnishing a much clearer picture of their physical health than the abbreviated and sunny reports provided so far.

What brings the health issue to mind, of course, is the video of a stumbling Mrs. Clinton being hustled away from the 9/11 memorial service in New York on Sunday. She reappeared some two hours later to say she felt great. Hours later, her doctor issued a statement saying Mrs. Clinton had been suffering from pneumonia – a diagnosis Mrs. Clinton had received two days earlier and which came as a surprise even to some members of her campaign team.

So for the Times, the public issue here is not that one candidate, Mrs. Clinton, intentionally kept pertinent information from the public but that both she and Mr. Trump were not forthcoming. Burnishing this notion, the Times went on to say:

Mrs. Clinton has released more information about her health than Mr. Trump has about his. Mr. Trump’s evaluation consists largely of a terse and bizarre report written by Dr. Harold Bornstein, his gastroenterologist, who after a brief examination, said that if elected Mr. Trump, a self-professed fast-food addict, “will be the healthiest individual ever elected to the presidency.” Mrs. Clinton’s record, consisting mainly of a letter written by her personal physician, Dr. Lisa Bardack, on July 28, 2015, is more than a year old and, while acknowledging her problem with blood clots, could use some updating.

“Could use some updating”? For Heaven’s sake, since July 28, 2015, Mrs. Clinton has coughed, stumbled, and reportedly fainted her way through her presidential run. She has not held a full press conference in nearly 300 days. And notwithstanding the Times’s characterization of his doctor’s letter as “bizarre,” there has been no adverse information that we know of concerning Mr. Trump’s health. Surely the Times’s reference to his appetite for fast food is reaching. We can surely say the same about the Times’s mocking reference to Mr. Trump’s commitment to release additional health information as “a remarkable promise coming from someone who has stonewalled on his tax returns.”

Let us not forget that Mrs. Clinton responded 39 times to the FBI that she could not answer their questions due to her concussion. That is serious business. It is on a wholly different level than partisan and unsupported speculation about Donald Trump’s health and what his tax returns may show.

Plainly we have to know whether someone who would be president is physically and mentally fit to do the job in the face of evidence that she may not be. The Times, though, was primarily interested in seeking to draw attention away from this fundamental issue and give her a pass, as the Department of Justice gave her a pass in the e-mail scandal. 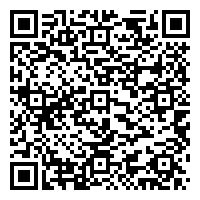