The conventional wisdom here in New York City has it that whoever wins the Democratic Primary for citywide office ordinarily is the odds-on favorite to defeat his or her Republican opponent in the November general election. There is no mystery here, given the stark reality of a seven-to-one ratio of registered Democrats to Republicans amongst eligible voters – a seemingly insurmountable barrier to Republican electoral success.

Yet both Rudy Giuliani and Mike Bloomberg ran as Republicans and were elected mayor, something we urge readers to keep in mind in the run-up to November as members of our community decide on a choice for New York City comptroller. Indeed, if there was ever an occasion to cross party lines, the comptroller‘s race this year, in which Councilman Brad Lander is the front-runner, is the contest to do it in.


The Republican candidate is former money manager Daby Carreras, an ardent supporter of Israel and an outspoken critic of the Boycott, Divestment, Sanctions Movement (BDS). On the other hand, Democrat Brad Lander has little financial experience and has now suddenly and stealthily embraced the BDS challenge to Israel.

Most of us are aware of the firestorm the Ben & Jerry’s ice cream company created with their sudden announcement that they would no longer sell their products over the Green Line out of protest against what it says is Israel’s “occupation” of Palestinian land there. Obviously, there is a lot to say about the impropriety of the label “occupation” in referring to land Israel seized after defeating Arab armies in the defensive 1967 Six Day War and which, according to the truce agreement, it was to retain until there was a negotiated settlement as to who was entitled to what. In fact, it has been Palestinian recalcitrance that has thwarted any agreement, even according to President Bill Clinton – who was notorious for demanding unilateral and non-reciprocal concessions from Israel.

After Ben & Jerry’s announcement, Lander, once a self-proclaimed supporter of Israel and opponent of BDS, issued a statement supporting the Ben & Jerry’s move and declaring that as the comptroller with an important role in the investment of NYC’s pension funds, he would not, as many states are contemplating, penalize Ben & Jerry’s and its parent company Unilever by disinvesting pension funds from boycotters for violating various laws and regulations that bar boycotts of Israel. Here is part of what he had to say:

“…I support Ben & Jerry’s decision…. Ending Israel’s military occupation is a moral imperative. Companies that decide not to operate in the settlements do not pose a risk to New York’s pension funds. If anything, continuation of the occupation poses grave ongoing risks to Palestinians, Israelis, and those who care about them.”

Thing is that as councilman, Lander has regularly been in the forefront of anti-BDS proposals and has represented himself almost as its arch-enemy. He co-sponsored a May 2016 resolution “condemning all efforts to delegitimize the State of Israel and the global movement to boycott, divest from, and sanction the people of Israel.”

Make no mistake about it. In the context of supporting economic boycotts to force Israel to change its policy, distinguishing between within or over the Green Line is plainly a distinction without a difference. So Lander’s about-face smacks of deceit, plain and simple. (In fairness though, Lander regularly coupled his anti-BDS rhetoric with condemnation of Israel’s presence over the Green Line.)

We also find Lander’s comments about his would-be pension funds investment policies rather curious. The comptroller has a fiduciary duty to choose investments based on the prospects for profitable returns. We don’t know what planet Mr. Lander has been on recently, but surely he hasn’t missed the news that much of the Arab world is clamoring to get a piece of the Israeli economy and its breakthroughs in science, technology, agriculture and the rest.

Actually, we are not surprised by Landers’s perfidy. When he first ran for public office in 2009 for a City Council seat in the 39th district, through editorials and letters from vigilant readers, The Jewish Press publicized Landers’s past statements attacking Israeli policies and questioning the very idea of Jewish nationalism, as well as the derisive manner in which he expressed his thoughts on Jewish religious practices such as circumcision.

Unfortunately, he was given cover by some elected officials representing some Jewish areas who assured everyone that Lander would deliver for the community. But the election numbers showed that most Jewish voters were not taken in, and Lander got only 13 percent of the vote in the 39th’s Boro Park area, while the candidate The Jewish Press endorsed won a whopping 74 percent!

Whether Lander wins or loses citywide, it is essential that our community does not accept his sellout as business as usual. That is why we urge our readers to keep in mind the significance of a vote for Daby Carreras for NYC comptroller come November. 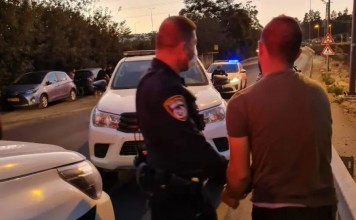 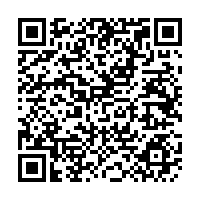