Israel’s State Comptroller Matanyahu Englman’s report published Wednesday morning suggests that the state authorities do not know the size of the Bedouin population in the Negev, nor do they know how many residents live in each of the various Bedouin localities.

Here, for example, are the various data regarding the Al-Kasom Regional Council according to the different agencies, all provided in 2015-16: Ministry of Welfare – 51,000 residents; Population Authority – 5,900; Ministry of the Interior – 33,000; Central Bureau of Statistics – 8,800; and Ministry of Education: 42,500 residents.

Comptroller Engelman concedes in his report that “the size of the population in the Negev in general and the Bedouin population, in particular, is difficult to estimate, partly because those living in the unrecognized villages do not have an official address.”

According to the report, between the years 2017-20, there were 1,628 criminal incidents at the IDF Tze’elim training base (at the heart of the Bedouin population), 1,262 of which were breaking into the base’s fire areas. In those years there were also 50 cases of equipment theft, 49 stone-throwing incidents, the base fences were cut 22 different times, and there were 60 burglaries.

In addition, 185 cannabis greenhouses were located in the base’s fire areas.

The army replied to the comptroller that they had taken several actions following the incidents. Among other things, the vehicle parking complexes were fenced off and high earth embankments were erected at several points in the area used to store IDF equipment, to prevent its theft. Nevertheless, the IDF admitted that in places where no such actions have been taken, burglary and theft continue and have even increased. 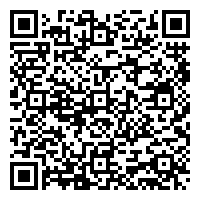