Haim Anjoni, Director of the Ministry of Agriculture and Rural Development’s Crisis Management and Cyber Division, on Tuesday, told the Knesset Foreign Affairs and Defense Committee: “The reference scenario or threat of the National Emergency Management Authority (NEMA) refers to a relatively brief emergency period. If the discussion is addressing the risk of a global food crisis, meaning a wheat shortage around the world at some level, then that is something that Israel’s current emergency stockpile does not cover. Such stockpiles, in all areas, are not intended for a global food crisis that can last for an extended period.”

The committee chair, MK Ram Ben Barak (Yesh Atid), asked whether the above statement meant that Israel did not have a plan for a global food crisis, and Anjoni confirmed it.


Yossi Shapira of the National Emergency Management Authority (NEMA) at the Ministry of Defense said: “Indeed, NEMA looks at well-defined emergency periods, not at an ongoing global crisis, for example, a food crisis. The leading scenario is the war scenario, not ongoing issues such as crop areas and population development.”

Chairman Ben Barak summed up the situation: “In this discussion, we learned that we have a security problem related to food security, which is an essential component of our national security​, and there is no agency that deals with this matter on a permanent basis. There is no agency that says, let’s make a plan from today until 2050, and says what we must have here and what that requires, in various scenarios.”

“We have to make sure that this happens,” the committee chairman continued. “And I want the committee to conduct a thinking process with the National Security Council on this issue, as the representative of the executive branch—where should an agency should be formed and under whose responsibility, so that the State of Israel will know how to meet all the challenges it faces in a decade and in 30 years. The world is going in the direction of a catastrophe, and even a blind person can see it, so we need to start the staff work for a strategic food production plan for Israel, to be prepared for any crisis.” 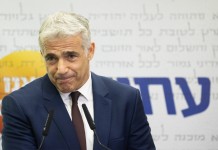 Minister Shaked: If Lapid Promotes a Palestinian State, the Government Would Fall 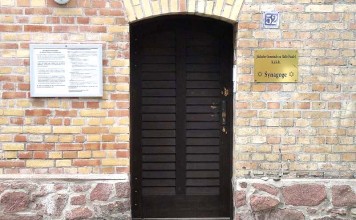