Britain is on a heightened state of alert following the terror attack in London that left three injured Tuesday, adding another investigation to the 676 live terror probes already in progress by UK security services at June’s end.

The attack was the second to take place at Westminister Bridge, following the March 2017 ram-and-stab attack carried out by Khalid Masood, who struck and killed five pedestrians before he stabbed to death a police officer at the gates of the British Parliament.


Tuesday’s terrorist suspect, 29-year-old Salih Khater — a British citizen of Sudanese origin — is alive and in custody though not yet charged, according to The Guardian, after driving his car into a group of cyclists and pedestrians before crashing it into a security barrier at around 50 mph in the morning hours. A subsequent raid on addresses in Nottingham and Birmingham by police has not yet revealed his motives, and Khater is not cooperating, according to British media.

But Tuesday’s terror attack only adds to British concerns that Islamist terror is there to stay. Security forces in the UK foiled 13 Islamist plots since March 2017, including one this past July; there were 412 terrorist arrests in 2017, the highest number on record.

Metropolitan police commissioner Cressida Dick and London Mayor Sadiq Khan both told journalists that officials are considering the possibility of turning Parliament Square into a pedestrian-only area in order to prevent such attacks in future.

“The threat to the United Kingdom from terrorism remains severe,” said Prime Minister Theresa May, who said her thoughts were with the “innocent members of the public who were hurt in this appalling incident.

Speaking from Switzerland, where she is currently on vacation, May urged the public to “remain vigilant, but also to come together and carry on as normal, just as they did after the sickening attacks in Manchester and London last year. The twisted aim of the extremists is to use violence and terror to divide us. They will never succeed.”

Security Minister Ben Wallace called the terror threat from Islamist extremists a “phenomena of this generation” and in an interview with Channel 5 News, commented that although people should not necessarily be worried, per se, they should “realize that this is, at the moment, going to be here to stay.” 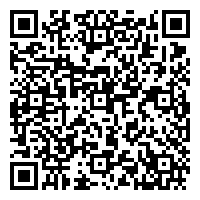