The Obama administration continues to press Israel to resume negotiations with the Palestinian Authority. Indeed, the fierce U.S. opposition to Israeli settlement activity is often expressed in terms of its being an impediment to negotiations.

Events this week, however, make it clearer than ever that, at least for the near future, the notion of a negotiated settlement between Israel and the Palestinians is a non- starter.

It has long been apparent that the continued viability of Hamas and its supremacy over PA President Mahmoud Abbas’s military forces means that any agreement Mr. Abbas makes with Israel, even if he makes it in all sincerity – a doubtful premise at all events – would be wholly unenforceable. Not only would it not bind Hamas, but the PA would not long survive in any confrontation with Hamas.

The problem was put into sharper focus with reports that Israeli jets had bombed areas adjacent to the Damascus international airport as well as a town near the border with Lebanon. Lebanese TV reported that 10 crucial intelligence-linked locations that were hit belonged to Iran, which has dedicated itself to Israel’s destruction.

It was also reported that since the start of the now three-year-old Syrian civil war, Israel has struck Syria several times, mostly destroying weapons Israeli officials said were to be shipped to Hizbullah.

Western and Israeli officials know that Israel has in the past struck Iranian missiles bound for Hizbullah, including a shipment of an advanced model of the Fateh-110 missile. And Israeli defense minister Moshe Yaalon recently said that Israel is working to thwart terror cells directed from Turkey as well as Gaza and warned of a continuing long-term threat from Hizbullah.

Then there are the uncertainties created by the unresolved fissures in much of the Middle East in the wake of the Arab Spring, with the real risk of several anti-Israel fundamentalist states coming into being. Further, there is now the looming likelihood that Iran will soon emerge as a nuclear power able to throw its weight around the Middle East even more than now. Indeed, the prospect of a nuclear-powered Iran fueling anti-Israel movements that further challenge Israel’s security is a very real one.

Given all of the above, the idea that Israel could somehow secure a viable measure of security simply by signing on the dotted line with the Palestinian Authority is laughable. Nevertheless, it seems President Obama and Secretary of State Kerry are dead serious. 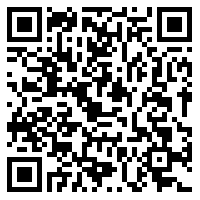