It is hard to make much sense out of the recent military threats Iran has been aiming at the West and the U.S. in particular. We can certainly appreciate that Iran would chafe at the sanctions already in place, as well as those that will shortly kick in designed to induce Iran to abandon its efforts at securing nuclear military capability.

Yet when a military pipsqueak deigns to tweak the West – particularly the American military colossus – in an attempt to thwart the imposition of new sanctions, serious questions arise as to the mindset and judgment of those in control in Tehran. Indeed, these developments tend to support those who contend that nuclear weapons in the hands of the mullahs is unacceptable and must be avoided by whatever means necessary. The new sanctions imposed by the U.S. that will commence in six months target Iran’s oil industry and its oil exports as well as companies that do business with Iran’s Central Bank through which most Iranian oil is sold.

Recently, the Iranian military promised that if the West’s sanctions were enhanced to include Iranian exports of crude oil, Iran would block the Strait of Hormuz, which it says is completely within its capacity to do.

The Strait of Hormuz is one of the most important checkpoints in the world, through which millions of barrels of oil – constituting about a third of all oil shipped by sea – pass. Shutting off the Strait would be disastrous for the world economy, causing oil prices to skyrocket. Parenthetically, it should be noted that 80 percent of Iran’s revenues come from its oil industry and much of its oil is shipped through the Straits.

Thus it is inconceivable that Iran does not understand that the international community will not allow the Strait to be closed. And the Iranians also know that several governments maintain a naval presence in the region, to say nothing of the U.S. Fifth Fleet, which standing alone is one of the most formidable fighting forces in the world.

“We’ve been committed to Gulf security for decades,” a senior Obama administration official told CNN, “and it should come as no surprise to anyone that we’ll do what we must to ensure the Strait remains open.”

Yet following its threat to close the Strait, Iran held an extensive ten-day naval exercise near the Strait involving guided missiles – an exercise Iranian officials said was designed to show that Iran could indeed close the vital passage.

We are accustomed to the verbal excesses of Arab and Muslim political leaders, but the current circumstance is a cause for special concern. If the Iranians are so adept at boxing themselves into a corner, even if inadvertently, possession of nuclear weapons would make them a uniquely dangerous force. And their open defiance of the West’s overwhelming military power suggests a martyr complex that would be unthinkable if backed up with the ability to destroy a good part of the civilized world.

The Future of Israel’s Borders: International Law and Islamic Law. Part I 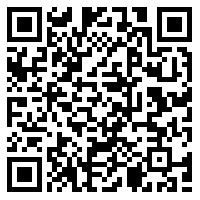