We thought the outrageous incident involving an eight-year-old child being spat on by a haredi man because he didn’t think she was modestly dressed was about as over the top as one could get. But then came the demonstration in Jerusalem Saturday night in which extremist Orthodox Jews actually marched with yellow “Jude” armbands and also play-acted several infamous scenes of Jews in the throes of the horrors of the Holocaust.

The purpose of the costumes and the posturing was to draw parallels between what the Jews experienced at the hands of the Nazis and what haredim supposedly experience at the hands of an Israeli government they say is opposed to their standards of Judaism.

The analogy is an obvious obscenity and an unspeakable affront to the memories of the victims of the Holocaust, and as such is utterly unacceptable. It reflects a juvenile perception of human events and an extraordinary lack of sensitivity and judgment. It is also an example of an unfortunate development in Orthodox Jewish life as individuals with narrow agendas arrogate to themselves the right to speak for the faith – with impunity.

When all is said and done, the demonstrators speak only for themselves. Indeed, their tactics are supported neither by the general community nor by halachic authority. Unfortunately, however, this phenomenon will continue to grow unless haredi leaders are better informed by those they look to for information and enabled to deal with the growing usurpation of their authority. This hefkeirus is plainly destructive to the interests of Klal Yisrael.

As we noted last week, it is important that the Jewish tradition of modest dress and separation of the sexes not be called into disrepute because of the excesses of some zealots. It is also important to appreciate that the backdrop to the current controversy is a long-simmering conflict in Beit Shemesh between ultra-Orthodox and Modern Orthodox residents for political control, with each side advocating its agenda.

As a community we must come down hard on the zealots. But at the same time we must not let the underlying dynamic be defined by their excesses. 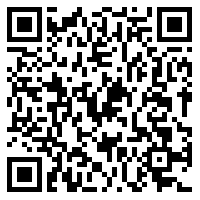