Speaking last week at New York’s Temple Emanu-El, Barack Obama shared with the audience the news that in terms of his Mideast policy, he and his staff would often joke that he was “basically a liberal Jew.”

While he didn’t elaborate, we presume it was a throwback to his observation years ago that you can be pro-Israel without buying into the Likud program. Indeed, he has often touted the virtues of the liberal organization J Street’s credo of maximizing accommodation of Palestinian demands being as far more in tune with Israel’s true national interests than AIPAC’s “Israel First” agenda.


There is no denying that as president, Mr. Obama was very generous in terms of supplying Israel with the weapons it needed to defend itself. But it was in the area of Israel’s political future as a robust and flourishing democracy where he fell woefully short. As we have long noted, he was intent on promoting American identification with the Muslim world. And to his mind, at the very least, this necessitated cooling off America’s relationship with Israel.

To be sure, the new revelations about a somewhat symbiotic relationship with Rev. Farrakhan makes us wonder whether there was something more insidious in play. But it is enough to note that the Obama approach served to encourage the Palestinian leadership to refuse to close a peace deal in the expectation that Mr. Obama’s administration would continually pressure Israel to make ever-greater concessions.

In any event, we fail to see the humor in Mr. Obama’s joke about being referred to as “a liberal Jew.” In fact, we suggest the former president’s jocular tone was actually his smirky way of saying that the liberal left in the Jewish community gave him the cover he needed to do what he wanted to do in the first place. 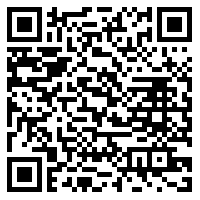