Prime Minister Benjamin Netanyahu interrupted German Foreign Minister Sigmar Gabriel during their joint briefing with journalists on Wednesday after their meeting in Jerusalem.

During his statement, Netanyahu thanked Gabriel for Germany’s commitment to Israel’s security. He said they had talked about efforts in stabilizing the region “which is made more difficult by Iran’s aggression in Syria and in Lebanon, and “our common quest for peace, and resuming some kind of peace process with the Palestinians.”

Gabriel said Israel “can always count on Germany as a fair partner to defend the security of Israel.”

He also said that he and Netanyahu discussed “all the difficult issues in the region . . . Iran and its behavior in the region.

“We as Germans and Europeans want to keep the JCPOA on the one hand,” Gabriel admitted, “but we know there are a lot of difficult developments ongoing . . . coming from Iran. We should address it; and we should push Iran to a different position from Yemen to Lebanon, that’s our position,” he said.

“Maybe we have some difficult opinions on the JCPOA itself, but we have no different opinions about the behavior of Iran in the region,” he emphasized.

“Secondly, we tried to do our best to come to a better situation in Syria of course. We are concerned about what’s happening in the north. We reached success against Da’esh, also called ISIS. Now it’s time to have some decisions about the political process in Syria,” he said, as the population faces a new constitution and new elections.

“And then of course the other issues in the region – we discussed of course as well — we discussed the situation for the Palestinians. You know that Germany is very much in favor for a two-state solution. I was very thankful to hear that of course the government of Israel wants to have two states but by secured Israel borders,” he said.

“Well, that we will control security west of the Jordan,” Netanyahu quietly but firmly corrected. “Some people … that is, I think, the first condition. So, whether or not it’s defined as a state, when we have the military control, is another matter. But I’d rather not discuss labels but substance.”

“Yes, that’s maybe a question that we should answer far away from now,” Gabriel responded, adding that it would be equally important to include Palestinian Authority leader Mahmoud Abbas in “a discussion,” and that it would be “fruitful to come together again with the Americans to see what’s their ideas.”

The German diplomat did not hesitate to point out that Europe is deeply invested in the two-state solution, but he also readily acknowledged that “this is one of the most difficult issues here.” The two men also discussed the situation in Gaza, which he characterized as “a very fruitful debate.” 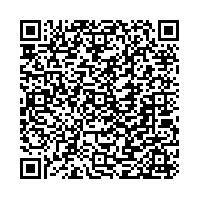