We doubt anyone outside of the Palestinian street really believes the stream of Hamas hyperbole that it emerged from Operation Pillar Of Defense in a better position than before. Of course, we have come to expect this sort of fantasy-based spin from much of the Arab world. Indeed, all reports prior to the cease-fire indicated that Hamas’s military capacity had been severely degraded and its ability to shoot rockets at Israel largely neutralized, at least for now. And Hamas lost some of its top military commanders.

In a sober, understated report, OC Southern Command Maj. Gen. Tal Russo said that “Hamas’s long-range rocket fire has been all but destroyed” and that “Hamas’s drone capabilities were destroyed.”

“We can measure results only after a reasonable period of time passes,” he noted. “Hamas has been badly damaged. Deterrence is in place, despite the victory cries we heard in Gaza. Israel and Hamas both know Hamas has been hit hard.”

We were initially dismayed by the text of the cease-fire agreement, which in addition to providing for the end of all hostilities also opened the door for discussions about opening the crossings between Gaza and the outside world. Did this not suggest that Hamas’s intensified rocket attacks had, in the end, succeeded moving along an issue long pursued by Hamas?

A fuller story will doubtless emerge in the coming weeks. But it already appears that Israel came out ahead of the game beyond even what Maj.General Russo indicated. The perpetuation of the Israeli-Egyptian treaty is of vital interest to both Israel and the U.S. in terms of Israel’s security needs and regional stability. And Israel’s overriding reason for the Gaza blockade is to stanch the rampant weapons smuggling from Syria and Iran.

According to news reports, the Obama administration has come to accept that any relaxation of restrictions on Gaza would require assurances that arms smuggling end. The Jerusalem Post cited comments by an unnamed senior American official who said Washington understands that stopping the smuggling is a “critical element” of the cease-fire and that the U.S. will make it a priority in its discussions with Egypt and other international players.

The same official said that both Prime Minister Netanyahu and President Obama recognized early on that Egypt was the “only party that could influence Hamas and get them to accept certain things,” and Egyptian President Morsi seems to have delivered. But Mr. Morsi, desperate for American financial aid and wanting to please President Obama, had to deliver something to Hamas. Ergo, there will be discussions designed to ease travel restrictions but Egypt will now also be the guarantor for the cessation of weapons smuggling.

And there are other added dividends. Because of U.S. involvement, Egypt and Israel seem to be on the same side of the smuggling issue which can only enhance their interaction and strengthen prospects for the continued life of the peace treaty. (This of course will depend at least somewhat on Mr. Morsi’s surviving the current crisis in Egypt precipitated by his presidential order granting himself near dictatorial powers.)

It also seems clear that the conflict has resulted in a dramatic uptick in cooperation between Israel and the U.S. This was noted in an analytical New York Times piece last week in the aftermath of the truce agreement:

The conflict that ended, for now, in a cease-fire between Hamas and Israel seemed like the latest episode in a periodic showdown. But there was a second, strategic agenda unfolding, according to American and Israeli officials: the exchange was something of a practice run for any future armed confrontation with Iran, featuring improved rockets that can reach Jerusalem and new antimissile systems to counter them.

It is Iran, of course, that most preoccupies Prime Minister Benjamin Netanyahu and President Obama. While disagreeing on tactics, both have made it clear that time is short, probably measured in months, to resolve the standoff over Iran’s nuclear program.

And one key to their war-gaming has been cutting off Iran’s ability to slip next-generation missiles into the Gaza Strip or Lebanon, where they could be launched by Iran’s surrogates, Hamas, Hezbollah and Islamic Jihad, during any crisis over sanctions or an Israeli strike on Iran’s nuclear facilities. 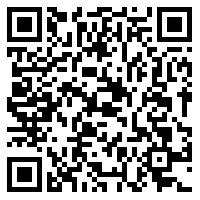