On Nov. 16, we posted about a political cartoon in the Guardian by Steve Bell, Nov. 15, depicting British foreign minister, and former PM Tony Blair, as puppets being controlled by Israeli PM Netanyahu, in the context of expressions of support for Israel from both British leaders during operation ‘Pillar Of Defense.’

We noted the strong similarities to other cartoons evoking the historical canard that Jews secretly control of non-Jewish world leaders, such as this from 2008 in a Saudi paper depicting a sinister Jew controlling both McCain and Obama as puppets.

Among those who complained to Guardian editors about the cartoon by Bell was Mark Gardner of the CST, whose letter appeared in the Guardian on Nov. 16, and read thus:

“The Guardian has, in recent years, editorialised against the use of antisemitic language, publishing strong articles on this subject by Chris Elliott (the readers’ editor), Jonathan Freedland and others. They have rightly noted that such language may well be inadvertent on the part of the user, while retaining its offensive power. Nevertheless, too many Guardian contributors continue to get away with using antisemitic imagery and tropes, the latest example being Steve Bell’s cartoon (16 November) showing Tony Blair and William Hague as puppets of Bibi Netanyahu. This is an unoriginal way of visualising the old antisemitic charge that Jews are all-powerful. (The notion of Jewish power and conspiracy has long distinguished antisemitism from other racisms, which tend to depict their targets as idiots.) The paper’s integrity and reputation is seriously compromised by its continuing failure to get a grip on its own content.”

The cartoonist himself, Steve Bell, defended his cartoon against charges of antisemitism, arguing as follows:

“I can’t be held responsible for whatever cultural precepts and misapprehensions people choose to bring to my cartoon.”

On Sun, Nov. 25, the Guardian’s readers editor, Chris Elliott, addressed the row in a column titled ‘The readers’ editor on… accusations of antisemitism against a political cartoon’.

Bell … is adamant that the cartoon, based on an agency picture of a Netanyahu press conference, is neither intentionally, nor unintentionally antisemitic.

There are two paths to the argument about the imagery of the cartoon. The first is that it is an incontrovertible fact that, during the 1930s and 1940s, Nazis and their supporters deployed propaganda devices about Jews. One of those images was that of a grotesquely drawn Jew shown as a puppeteer, with exaggerated features, as in the cartoon portraying Churchill, Roosevelt and Stalin as puppets of the Jews in a 1942 issue of the Nazi paper Fliegende Blätter.

The image of Jews having a disproportionate influence over the US and British governments has often been replicated by anti-Jewish cartoonists in the Middle East since the end of the second world war.

Secondly, one of the difficulties is that pictorial stereotypes are the stock in trade of a cartoonist, an aspect of caricature that has an entirely legitimate centuries-old tradition. Bell has used the theme of a puppet master on many occasions in the past to represent his view of Presidents Mubarak and Putin, as well as leaders in Iraqi and Afghan politics.

Bell is aware that the image of Jews as puppet masters is an antisemitic theme. However, he does not accept that this should prevent him using that imagery to address the actions of Netanyahu, the man. Bell says: “The problem with this whole debate is that the premises are all wrong. The cartoon isn’t antisemitic. People may proclaim that it is and [that it] stands in some kind of nefarious line: it has been lifted [from the Guardian website] without permission, and run alongside some terrible examples of nasty cartoons from the Nazi period (which clearly are [antisemitic]). That does not make the cartoon antisemitic. Here lies the problem: once people start dignifying this utterly unfair and unreasonable comparison with faux intellectual terms like ‘antisemitic trope’ it blots out the fact that my cartoon lacks the central ‘trope’ of actually being antisemitic. It doesn’t generalise about a race, a religion or a people; it doesn’t try to characterise any such generalisation: it is a very specific cartoon about a very specific politician at a very specific and deadly dangerous moment. It does employ the trope of ‘puppeteer’, but that is a trope, not an antisemitic trope… It uses the Star of David because that’s what is on the flag, and the menorah because that’s what’s on his podium. They both say: ‘State of Israel’, not ‘The Jews’. There is a crucial difference. It is not subtle or coded antisemitism to make this point.” 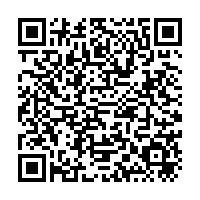