“Egyptian and Jordanian intelligence chiefs who visited Ramallah this week and met with Abu Mazen warned the Palestinian Authority that Israel would not cooperate with a Palestinian government in which Hamas would be a partner,” a senior Fatah official told TPS.

This was stated following the possibility of a Hamas victory in the Palestinian parliamentary and presidential elections expected in May and July. It should be noted that Fatah and Hamas are also discussing running a joint list and forming a unity government after the election, which could soon lead to Hamas’ participation in the Palestinian government.


Hamas is expected to run in the Palestinian Legislative Council elections. However, for the time being, Hamas has not decided whether to run for the presidency of the Palestinian Authority, assuming it happens.

According to the Fatah official, the guests from Egypt and Jordan warned the head of the PA that Fatah was not prepared for the election challenge, due to internal power struggles and the apparent split of the lists, which raises the possibility of significant political achievement for Hamas, as in the 2006 elections. Abu Mazen will work for the unity of all Fatah factions again before the election.

Abbas Kamal, the head of Egyptian intelligence, said the decision to go to the polls was too early, as the US position on the Palestinian issue is unclear at the moment, and there is no official American position on the election anyway. Kamal added that Abu Mazen has no guarantee that Hamas will accept The Palestinian political position on the issue of the borders of 1967 and the issue of a two-state solution, however, it can still gain international legitimacy and take advantage of the elections to advance its goals. Kamal also criticized the enthusiasm aroused by the Hamas elections and that the lessons of 2006 were not learned.

“The election will now be the last nail in the coffin of the Palestinian Authority,” the Arab intelligence chiefs warned, adding that if the Fatah camp is not united, Hamas will take over the PA in Judea and Samaria through the ballot box.

Abu Mazen was surprised by the demand for Fatah unity, which was interpreted as Egyptian and Jordanian opposition to the elections, before the Fatah unification.

The conflict between Abu Mazen and Muhammad Dahlan, a Fatah official who was expelled from the movement and whom the PA intends to prevent from running in the election on the basis of criminal accusations, is receiving the most attention in the organization, especially in light of the fact that Dahlan supports Marwan Barghouti, a senior Fatah official which between him and Abu Mazen there is a lot of tension and who has signaled his intention to run for the presidency in July as well.

TPS learned that at a nightly meeting held after a visit by intelligence officials in Ramallah, which was attended by Nasser Kadua and Abbas Zaki, senior Fatah figures, it was estimated that the chances of canceling the elections were high due to the growing fear of the strengthening of Muhammad Dahlan and Marwan Barghouti camp, which could undermine the power of Abu Mazen’s associates and confidants, Majed Faraj, Palestinian intelligence chief and Hussein al-Sheikh, the PA’s Minister of Civil Affairs.

Concerns about Hamas’ power in the PA also arose at the night meeting.

The Arab media published reports of an Arab effort to end the conflict between Abu Mazen and Dahlan, but on the ground, Abu Mazen’s efforts to harm Dahlan’s camp continue and the arrests of his men continue. A few days ago, Akram Abu Shalbak, an associate of Dahlan, an Arab journalist from Jerusalem, carrying an Israeli identity card, was arrested by Palestinian Authority security personnel and taken to Ramallah.

The fear in Abu Mazen’s camp is now growing with the formation of a coalition between Dahlan and Marwan, which is joined by Nasser al-Qidwa, a member of the Fatah Central Committee and a relative of Arafat, as well as other independent elements. Kidwa recently said he opposes the establishment of a joint list for Fatah and Hamas because it “smells of opportunism and personal interests at the expense of the interests of the people.”

“We must understand that elections in themselves do not achieve unity and may even perpetuate the split between Fatah and Hamas, and I warn against what appears to be a tendency to postpone the substantive issues until after the election,” Qidwa said.

In recent days, there has been a resurgence among Palestinian Authority and Fatah officials following the possibility of the movement’s defeat in the election, and there has been criticism that Abu Mazen was reluctantly dragged into the election, under pressure from the European Union and messages from the new US administration.

Sources in Ramallah told TPS that Abu Mazen is unable to withstand the pressure due to his growing dependence on continued economic aid from the European Union and his desire to signal to the Biden administration that he is working to renew the legitimacy of the Palestinian leadership through elections.

It was learned that in internal talks, Hussein a-Sheikh, an associate of Abu Mazen, said of the election that “there are no holy dates” and hinted at the need to postpone them.

Sources in Ramallah estimate that if Abu Mazen wants to stop the election process, he can take advantage of the issue of the elections in eastern Jerusalem and claim that due to the Israeli refusal to allow the democratic move, he was forced to postpone the elections.

Meanwhile, Hamas is organizing for elections and is even discussing the possibility of postponing the internal elections to its political bureau in order to concentrate efforts on the challenge of the general elections. The Shura Council has also begun to discuss this and has not yet decided on the matter.

Hamas leaders in Judea and Samaria are already calling on the PA to allow their political activity. For example, Sheikh Naif Rajoub, a senior Hamas official, and Jibril’s brother, a senior Fatah official, demand that Hamas be allowed to operate freely and pledged to respect the election results. Abdel Rahman Zidan, a Hamas member from Tul Karem, demands that the PA “guarantee the freedoms and stop political arrests.” 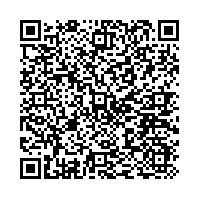