We applaud the recent statement of Secretary of State Mike Pompeo that the Trump administration is actively considering allowing U.S. citizens born in Jerusalem to list “Israel” as their country of birth. Likewise, we salute National Security Adviser James Bolton’s statement that the U.S. would only remove sanctions against Iran after a comprehensive deal was reached, not as an inducement to Iran’s coming to the negotiating table. It’s time our adversaries were made to realize that the U.S. is determined to pursue its own interests and not be swayed by third-world notions of political correctness.

Notwithstanding President Trump’s announcement on December 6, 2017, of America’s recognition of Jerusalem as the capital of Israel and the relocation of the American Embassy from Tel Aviv to Jerusalem several months later, U.S. policy continues to require that Americans born in Israel list “Jerusalem” on their passports rather than “Israel” or “Jerusalem, Israel”


At the time of these changes in U.S. policy, it was explained that they were not designed to close the door on Palestinian claims to part of Jerusalem. Rather, the intent, it was said, was to acknowledge historic Jewish ties to the city without explicitly conflating “Jerusalem” and “Israel” which passport change would do.

So we take Pompeo’s remarks to mean that the Trump Administration, given the Palestinian rejection of any role for the U.S. in Middle East peace plan negotiations, is ready to move on to the next step. Plainly, American interests there persist despite the failure of past approaches and the outright refusal of the Palestinians to entertain new ones.

We, of course, are of the opinion that it is both in America’s and Israel’s interests for Jerusalem to be recognized as the undivided capital of Israel. The U.S. must work toward the stability that would come after the Palestinians realize that as far as Jerusalem is concerned, the train has already left the station and it is time for them to make the best of the bad situation they created for themselves over the years. And for Israel, it would be the fulfillment of its national aspirations.

Let the Palestinians be advised accordingly.

We also see something very significant in Bolton’s comments. As our readers are aware, The Jewish Press has often expressed its very critical views of the Iran nuclear deal, the Joint Comprehensive Plan Of Action. We have said that it amounted to a virtual license for Iran to develop nuclear weapons after little more than a dozen years.

It was also not comprehensive, we said, because it allowed Iran to continue with its non-nuclear weapons production, such as missiles that could eventually carry nuclear warheads. It also did not proscribe Iran’s continued role as the chief sponsor of terror around the world. And it did not make provision for anything close to adequate inspections as to Iranian compliance. It also permitted the Iranians to reap enormous financial benefit just for sitting down at the negotiating table.

Thus by declaring that comprehensive Iranian commitments both on substantive issues and on genuine verification of them were conditions precedent to any relaxation of the sanctions regime, he was being loud and clear that bargains like those that Iran got during the Obama years are no longer be available.

And this is all to the good. As with the Palestinians, the Iranians have to come to know that the Americans hold most of the cards and they are ready to play them. 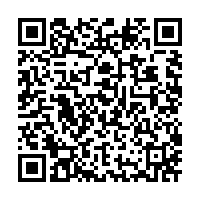