How Comey’s Meeting And Notes
Led To The Mueller Probe


The IG report relates that prior to the briefing, FBI members on Comey’s team discussed the need to memorialize the exchanges between Comey and Trump during the private January 6, 2017 briefing in Trump Tower just in case Trump made statements relevant to the agency’s Russia probe. In other words, they plotted to stealthily use statements Trump said to Comey in a private briefing to inform their Russia collusion investigation.

The IG further relates that Comey went on to do just that. He had a laptop waiting for him in the car, where he immediately began memorializing the private talk. He also immediately provided a “quick download” of the Trump briefing to members of the FBI’s Russia collusion team via a secured video conference.

Until now, Comey and other former Obama administration officials presented the unusual briefing as a courtesy to Trump to warn him about the news media possibly publicly releasing embarrassing claims about the newly elected president. Questions have been raised on the need to include the dossier’s wild and unsubstantiated charges in the classified briefings. It is not the usual job of the intelligence community to warn politicians about possible pending negative publicity.

The IG report, based on interviews with Comey and other FBI “witnesses,” documents that prior to Comey’s briefing the FBI discussed utilizing Comey’s classified private talk with Trump to inform the controversial Russia collusion probe. Right after his briefing with Trump, Comey immediately updated the FBI team probing Russia collusion claims about his private talk with the incoming president, the IG documented.

In previous testimony, Comey admitted that he did not inform the incoming president about who financed the dossier. He also admitted in testimony that he was aware at the time that the dossier authored by former British spy Christopher Steele was financed by Democrats who opposed Trump. The dossier was paid for by Hillary Clinton’s campaign and the Democratic National Committee.

Comey also previously stated that he pushed back against a request from Trump to possibly investigate the origins of “salacious material” – meaning the dossier – that the agency possessed in the course of its investigation into alleged Russian interference in the 2016 presidential campaign. This even though Comey admitted to knowing it was financed by Trump’s political opponents.

Comey’s classified briefing was subsequently leaked to the news media, with CNN on January 10, 2017 breaking the story that the contents of the dossier were presented during classified briefings one week earlier to Trump and then-President Barack Obama.

Prior to CNN’s report leaking the briefings, which was picked up by news agencies worldwide, the contents of the dossier had been circulating among news media outlets, but the sensational claims were largely considered too risky to publish.

Working on the initial classification review with Page and Strzok was another member of Comey’s inner circle, James A. Baker, the former FBI general counsel.

Those details were contained inside the above-cited Justice Department’s inspector-general report.

The IG report related that Strzok characterized himself, Page, Baker, and the Unit Chief of the FBI’s Counterintelligence Law Unit in the FBI’s Office of General Counsel as a “logical subset to sit and go through” Comey’s memos memorializing his conversations with Trump to determine classification.

Strzok told the FBI that it made sense that this team conducted the initial classification review because the members had a lot of “history and experience of working investigations relating to … the disclosure of classified information,” including the FBI’s Clinton email investigation.

That would be the same Clinton email investigation that became the subject of a separate 500-plus page IG report in June 2018 that was highly critical of actions taken by Comey and his team.

The IG report described an extraordinary system of communication set up between Page and former deputy director Andrew McCabe that bypassed the ordinary chain of command to communicate important information about the agency’s probe of Clinton’s email server. The method of communication involved Strzok, who was romantically involved with Page, sending information on the Clinton probe to McCabe through Page, the previous IG report found.

Meanwhile, the IG’s latest report released last Thursday documented that Page, Baker, Strzok and an unnamed legal Unit Chief conducted the first stage of the classification review for Comey’s memos. The final determination was made by Bill Priestap, then the chief of the FBI’s counterintelligence division following the legal review conducted by Page, Baker and Strzok. Priestap was also involved in the FBI’s Clinton email investigation.

The IG report further reveals the process taken during the initial review in which meetings were held and sections of Comey’s memos were debated, yet not a single one of the participants kept notes documenting the classification process. 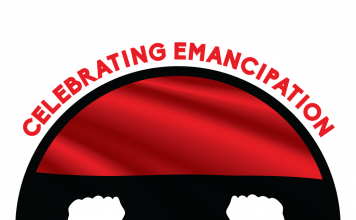 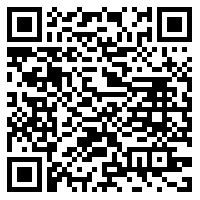