It is hard to get one’s head around the fact that in the midst of arguably the most dangerous international crisis since World War II, Russia is led by a brutal and anachronistic archvillain – one who is trying to bring the world back to the long-gone time when czars were czars and the plain people were pawns in their imperialistic excesses – while the United States and the free world, which must stand in the way of his murderous designs, is led by a president who does not seem to understand that words mean something and that what he says publicly matters.

For almost two decades, Russian President Vladimir Putin has made no bones about his goal of restoring Russia to the glory days of the Soviet Union, when Russia largely determined what went on in Eastern Europe. Indeed, in recent years, he has seized various parts of some countries that had been part of the Soviet Union to underscore who was boss and to discourage any cozying up to the West.


With a population of more than 44 million, Ukraine is the largest and richest former member of the Soviet Union after Russia. After Ukraine publicly flirted (with Biden’s encouragement) with the idea of joining NATO, who’s raison d’etre is to counter Russian power in Europe, Putin declared his intention to invade Ukraine to force the issue.

Incredibly, this was President Biden’s response: “I think what you’re going to see is that Russia will be held accountable if it invades. And it depends on what it does. It’s one thing if it’s a minor incursion and then we end up having to fight about what to do and not do.”

The message to Putin that he had some wiggle room was plain. And since he reportedly thought his forces would make quick work of the Ukrainian resistance – perhaps even within days – he could bring down the Ukrainian government before the West got its act together and all would be forgotten if not forgiven.

Significantly, when the Ukrainian military was able to stall Russian efforts to take control of large cities such as the capital city of Kyiv and the major northeastern city of Kharkiv, Putin ordered relentless air missile and artillery attacks on them and other cities, effectively targeting civilian populations and causing thousands of deaths and injuries as well as incalculable damage.

Even this viciousness hasn’t cowed the Ukranians; so now Putin, with his back against the wall and his legacy at stake, has taken to hinting at the use of nuclear and other weapons of mass destruction. And President Biden and other Western leaders, faced with the prospect of having to deal with a likely desperate and possibly out of control Russian president, are correctly concerned that any escalations that could lead to World War III. One would think that avoiding unnecessary increases in tensions, would be uppermost in all of their minds. This is especially so given the unprecedented economic sanctions that have been imposed on Russia and has devastated the Russian economy.

Yet last week, when speaking to U.S. troops in Poland about Russia’s invasion of Ukraine and its failure thus far to defeat its valiant military, President Biden said, “And you’re gonna see [the bravery of the Ukranians] when you’re there.”

“When you’re there?” Until that point, there were no announced plans to send American troops to Ukraine. Without membership in NATO, Ukraine could not demand American involvement in its war. Plainly, there could not be a greater escalation than that.

Then, incredibly, there was Mr. Biden’s apparent call for the overthrow of Putin last week when, discussing Putin’s barbarity at a press conference, he commented: “For God’s sake, this man cannot remain in power.” How could he possibly have thought the dangerously frustrated Putin would not be needlessly provoked by this rhetoric? Moreover, the invasion of Ukraine has also drawn the NATO countries closer to each other than ever – and that poses even more of a threat to Russia than before.

The pressure on Putin is far greater now that his war in Ukraine has not gone the way he anticipated and he faces a united Western Europe. While this is all not to say that Putin must be handled with kid gloves, the reality is that we fail to take his special predicament into account in our calculations, at our great peril. We must be careful and deliberate about it. From what we have seen, though, we fear that precision and calculation are not our president’s forte. 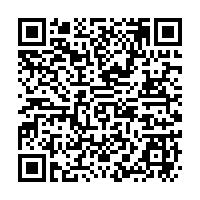