For more than 50 years The Jewish Press has been the voice of the Jewish people.


For years, it was The Jewish Press which waved the banner on the plight of agunot (women who were refused divorce documents by their recalcitrant husbands) when the rest of the Jewish world had nothing to say about that awful situation in which Jewish women were being trapped.

And we will continue to be the voice of the Jewish people, no matter who threatens us.

Last week we ran an op-ed article by Chaim Levin, a young man who has identified himself as both religious and homosexual.

We ran this article because, whether one wants to admit it or not, there is a serious problem that some members of our religious community face – day in and day out. It could be your chavrusah (study partner) in yeshiva, the guy sitting next to you in shul, or your brother in your very own home. And this is true whether you wear a black hat, a streimel, or a knit yarmulke.

We were asked to publish the article in question after being approached by a therapist from within the frum community who primarily treats religious youth with drug abuse problems.

A significant number of suicide attempts are committed by boys from not just religious but rabbinic homes — because they thought they were homosexual and had no place in the Orthodox world they grew up in, even if they had never acted on those impulses.

Until politics exits the science, it won’t be known if homosexuality is genetic, hormonal, neurological, psychological, or a choice. The Torah itself is very clear on where it stands on homosexual acts.

But the Torah is also very clear on how one should treat one’s fellow Jew, and certainly one who tries to be religious — whether he or she succeeds or not — should not be driven by fellow Jews to contemplate suicide.

A situation where religious Jews are provoking children and adults who are different to consider suicide is unthinkable and unacceptable.

Following the publication of this op-ed, a number of Jewish Press advertisers were approached and threatened. They were told to stop advertising with The Jewish Press.

The Jewish Press won’t give in to threats and we won’t be silenced.

We thank our advertisers who have notified us that they plan to continue with us despite the threatening letters and that they won’t give into threats either, particularly when an article like this one may have very well have saved a Jewish life.

People can do teshuvah (repent) for many acts against halacha, but what forgiveness can there be for pushing someone so far that he or she would commit suicide? 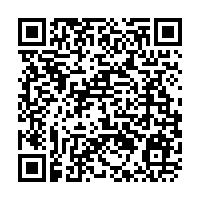