“South Carolina Winner Newt Gingrich: A Closer Look” was the headline on the NJDC (National Jewish Democratic Council) website last week. The article declared that the Republicans has “yet another candidate whose positions and behavior stand in direct opposition to the values of the vast majority of American Jews.”

But in reading the NJDC complaints against Gingrich, it is clear that the “values of the vast majority of American Jews” have little to do with Judaism, proving the remark that the Reform movement is “the left-wing of the Democratic Party – with holidays.”


Among their complaints: Gingrich is anti-abortion, which is actually far closer to the traditional Jewish position. For people who really practice Judaism (follow the Halacha in their daily lives), abortion is forbidden except in specific cases where the mother’s life is in danger. But for the NJDC “anti-choice” is a “Jewish value.” The conclusion – in the NJDC’s view, ultra-liberalism is the real religion of “the vast majority of American Jews.”

But as long as liberalism is equated with Jewish values, it is reasonable, if not accurate, to view Mr. Gingrich’s position on the building of a mosque at Ground Zero, on Obamacare, on rejecting a blind acceptance of “global warming” theory, on the hyper-activist Supreme Court overstepping the bounds of its Constitutional purview, and even on gay marriage, as being opposed to the values of the “vast majority of American Jews.”

In fact the only point one can say that actually relates to “Jewish values” is the Israel-related issue. Mr. Gingrich, the NJDC claims, “appears to have adopted far-right policies towards Israel that place him at odds with the democratically-elected government of Israel.” And how? He “urged Congress to condemn the President for articulating the vision of a two state solution based on the 1967 lines with mutually agreed upon land swaps as a starting point for negotiations—a formula that has been the basis of talks for decades, through both Republican and Democratic administrations.” The truth is a bit different.

Prime Minister Netanyahu rejected President Obama’s call for Israel to pull back to the pre-1967 lines, or 1949 armistice lines. He called those lines militarily “indefensible”, which is polite in comparison to Abba Eban description as “the Auschwitz borders.”

In fact, President Obama surprised both Washington and Jerusalem by endorsing the Palestinian position demanding the borders of a Palestinian State be based on the pre-1967 lines. Obama broke with longstanding US policy, including the official 2004 letter from President Bush to Prime Minister Sharon. The Israeli position is, as was the US position until Obama arrived, that the borders of any future Palestinian state would be determined through negotiations.

The NJDC also decided that Gingrich’s description of the Palestinians as an “invented people” “delegitimized the Palestinians” and is a position “that is against US and Israeli policies. Since Gingrich has never opposed the two-state solution pushed by Obama and accepted by Netanyahu, his historically accurate remarks only suggest that in negotiations between Israel and the Palestinians, Israel has a better case, and the US should not be pushing the Palestinian position. But for some unfathomable reason, the NJDC believes this conception is detrimental for the Jews .

The NJDC’s perception of Gingrich’s positions as not those of the “vast majority of American Jews” is logical if one accepts that many American Jews seem to worship liberalism. Judaism to these Jews is not a lifestyle priorities. According to the National Jewish Population Survey, only 27% of American Jews attend synagogue even once a month and only 59% fast on Yom Kippur. So traditional Jewish values, or even Israel, do not influence their political choices.

But the polls in recent months belie the “vast majority” the NJDC wants to claim are still loyal to Mr. Obama in light of his three year record on Israel. The Fall polls of both Gallup and the AJC indicate that while Mr. Obama can expect a majority of Jewish voters, it will be far below the 78% of 2008.

According to the NJDC Mr. Obama can do no wrong, but as the old saying goes, the definition of a conservative is a liberal who’s been mugged. So too, more and more American Jews feel “mugged” by Obama’s Mideast policies, and it will show in their voting and financial support, to the chagrin of the NJDC. 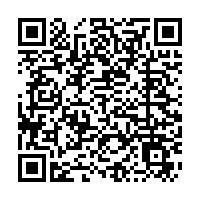