It’s been more than six months since The Jewish Press published an op-ed titled “Orthodox Homosexuals and the Pursuit of Self Indulgence.” In the article, the writer, while not mentioning my name, calls me shameless and self-indulgent and suggests that I learn to suffer in silence. He was referring to an anti-suicide video I made for the “It Gets Better” project. In the YouTube video I talk about the endless bullying in my childhood, the trauma of reparative therapy and my suicide attempt as a result of a frum community that seemed to not want me to exist simply because I was gay.

My message was that, with time, with understanding friends and with self-acceptance, it gets better. I hoped to tell other kids who may be on the brink of suicide to stick it out, because life gets better; even for gay Jews growing up in the Orthodox community. This video never talks about private behavior, never mentions any assur activity, and certainly does not divulge anything about what I do behind closed doors. However, simply because I talk about how I was bullied for being gay, the author tried to make me feel horrible for simply sending a message of hope. He succeeded in embarrassing me and making me feel unwanted by this community.

I wish I could say that this is the exception. But the truth is that despite the fact that I would never talk publicly about private personal behavior or engaging in sin, the frum world seems to see me as part of a “gay agenda” simply because I won’t stay quiet.

My name is Chaim Levin. I grew up in a heimishe family in Crown Heights. I love my mother, my father and my family. I had always felt different and was the subject of relentless bullying by other boys for “seeming” gay. When I was 17 I confided to a friend that I was attracted to men and not sexually attracted to women at all. When it came out, I was thrown out of yeshiva. For the longest time I felt so alone because I truly believed that I was the only person battling this secret war. My older siblings were getting married and having kids, and all I ever wanted was to be a part of the beautiful world my parents had raised me in. My dream was to marry a woman and live the life my family hoped and dreamed for me. I would never have chosen to be gay; I could not imagine anyone growing up in the Orthodox world who would choose to be someone who doesn’t fit into the values and norms of everyone around them.

So do I think that I was “born gay”? I don’t know and I am not sure how important that is. What is important is that it certainly is not something that I chose or had anything to do with. And I felt immense pressure to somehow change who I was.

After much time and research I found a well-known organization that “specialized” in reparative therapy. This organization had endorsements from a wide range of rabbanim and I was sure that it was the answer to all my problems. The organization’s executive director told me that he believes everyone can change if they simply put in the hard work. I would have done anything to change, and this message was just the hope I was looking for. I spent two years attending every group meeting, weekend, and individual life coaching sessions they offered. My parents and I paid thousands of dollars. Every day, every session, I was working and waiting to feel a shift in my desires or experience authentic change. That moment never came. I didn’t change, I never developed any sexual desire for women, and never stopped being attracted to men. Instead, I only felt more and more helpless because I wasn’t changing. The organization and its staff taught us that change only comes to those who truly want it and are willing to put in the work. So if I wasn’t changing, I was seen as someone who either really didn’t sincerely want it, or would not put in the necessary work. In other words, there was no one to blame but myself.

The worst part of my experience in reparative therapy came at the end. In a locked office, alone with my unlicensed “life coach,” I was told to undress, stand in front of the counselor and do things too graphic to describe in this article. I was extremely uncomfortable, but he said that I must do this for the sake of changing and that if I didn’t remove my clothing I wouldn’t be doing the work it takes to achieve change. I would do anything to change, and so I did what he asked me to do. It was probably the most traumatizing experience of my life. 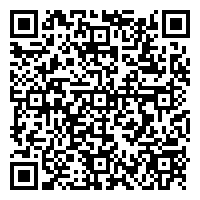