Anyone following the mainstream media’s reporting on the run-up to the rallies in Charlottesville, Virginia, and Washington, DC last Saturday and Sunday – organized by white nationalists to mark the first anniversary of their “Unite the Right” demonstration in Charlottesville last year – would undoubtedly have expected violent confrontations exceeding those of last year.

Of course, the supposed growth of the hard right has been part of the anti-Trump “resistance” narrative, which posits that Trump’s campaign and election appealed to and fostered the growth of extreme right-wing elements in our country that have essentially embraced the agenda of the Ku Klux Klan and are bent on violence to further their agenda.


So, consistent with their notion of purposeful Trumpian dog-whistle encouragement of right-wing extremism, the media  predicted that after a year’s worth of growth, these radical right wingers would be bolder still and the “anti-fascists” would be moved to react accordingly against them in “defense of democracy.”

But things didn’t turn out exactly as the mainstream media expected. A combined total of less than 40 white nationalists gathered in Charlottesville and Washington and were greatly outnumbered by Antifa members, many of whom carried weapons and wore masks.

Not only was the white nationalist crowd much smaller than last year, members of Antifa were recorded attacking police officers, pelting them with eggs, fireworks, and water bottles at both venues. They were also shown beating people in the street and threatening members of the media.

Things go so bad that even CNN personalities criticized Antifa: Senior media correspondent Brian Stelter called the Anifa conduct “unacceptable” and CNN Anchor condemned it as “totally unacceptable” and “not at all out of norm for Antifa.” As a Washington Post headline put it, “Antifa Protestors Couldn’t Find Any Fascists at Unite The Right – And Harassed the Press Instead.”

Perhaps it’s time for the media to consider dropping the Trump-white supremacist storyline. 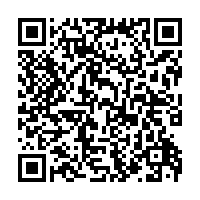