Prompt attention to detail and an alert stance at the monitor saved lives in Samaria on Tuesday night when terrorists were spotted by a soldier monitoring surveillance screens.

Three Arab men were spotted acting in a suspicious manner, close to the Israeli Jewish community of Elon Moreh, east of Shechem (Nablus).

The soldier who saw them was watching surveillance cameras in the area between the Palestinian Authority village of Deir al-Hatab and Elon Moreh, north of Jerusalem.

The suspects were arrested and transferrred to security personnel for further questioning.

Overnight, IDF soldiers and security personnel arrested 21 Arab terror suspects across Judea and Samaria, shutting down a weapons factory in the process.

In two villages where arrest operations were carried out, Israeli military forces were attacked by Palestinian Authority Arabs who threw rocks, explosives and Molotov cocktails. 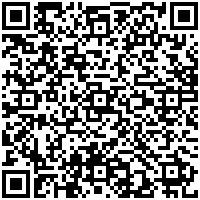