Last Sunday, The New York Times carried a lengthy article by its redeploying Jerusalem Bureau, David Halbfinger, on his recent interview with David Friedman, the outgoing U.S. Ambassador to Israel. To us, it plainly signaled the start of public efforts to get President-Elect Joe Biden to upend President Trump’s Israel policy and revert to Obama’s approach.

According to Halbfinger’s logic, Trump’s peace proposal was driven by Friedman’s strong pro-Israel personal views and not a concern for U.S. national interests in the Middle East and, moreover, did little to promote it.


A day later, the second shoe dropped when Germany, France, Egypt, and Jordan – meeting in Munich and interestingly dubbed the Munich Group by the media – jointly declared that an even-handed U.S. outreach to the Palestinians was essential to bringing the Palestinians to return to the negotiating table and thus to peace.

The group went on to preach the critical importance of a two-state solution along the 1967 lines to the Israel-Palestinian dispute and condemned Jewish settlement building beyond the Green Line. Yet, both the Times and the Munich Group are way off the mark.

Halbfinger says Friedman “etched his name in history as one of America’s most influential envoys” and talks about his deep pro-Israel agenda developed over years of pro-Israel advocacy. He goes on to write:

It was Mr. Friedman, 62, who drove the radical overhaul of White House policy toward the Israeli-Palestinian conflict, dreaming up the seeming endless list of political giveaways that President Trump bestowed upon Prime Minister Benjamin Netanyahu and his supporters on the Israeli right.

True, David Friedman doubtless had some ideas to suggest. But does anyone really think that Friedman was able to pull the wool over Donald Trump and sell him a bill of partisan, pro-Israel goods? Indeed, wasn’t abandoning the Obama approach, which treated the Palestinians as equal negotiating partners and which empowered their recalcitrance, in sync with the overall Trumpian notion of negotiating realism?

Hobbling the Palestinians by crediting Israel’s political, economic, and military superiority – but also offering the Palestinians a substantial negotiating window and inviting them to make use of it – reflected a tried and true Trump negotiating perspective. So while Friedman may have helped with some particulars, surely Trump did not need nor did he take instruction from Friedman.

To underscore his point – that U.S. interests were not served by the Trump administration’s pro-Israel policies – Halbfinger writes, “The Trump Administration said it wanted to achieve peace. It will leave office this month as far away from that goal as ever.”

How’s that? One wonders what evidence Halbfinger is relying on. The Abraham Accords are proof positive that a serious process of reconciliation between Israel and its neighbors has been started based on the underlying premise that many Arab states put their need to collaborate with Israel economically, technologically, and militarily ahead of their support for the Palestinian cause.

So, by any measure, hasn’t peace been moved substantially forward when the Palestinians have been unceremoniously told that they can’t be certain of any allies in any confrontation with Israel? How could anyone even argue to the contrary?

As for the Munich group, its announcement was not surprising and unfortunately provides clues on what Biden’s Mideast policy may turn out to be. While Biden has no reason to try to derail the Abraham Accords, he may try to promote a two-state solution amongst the accords’ participants despite their rapprochement with Israel.

Indeed, both Egypt and Jordan have long had peace treaties with Israel, but that has not prevented them from voicing their support for the Palestinians – at least publicly. Sadly, Germany and France typify the traditional European anti-Israel bias.

The Trump administration came up with a realistic plan that would promote real peace in the region. It is consistent with history and recent realities. Unfortunately, the promise of that plan may well be cut short by the incoming Biden administration. We hope Biden will yet recognize and acknowledge the mistakes of the past. 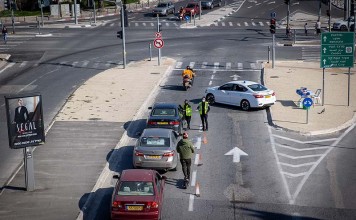 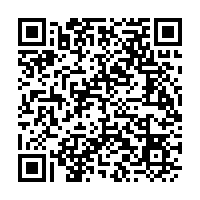