Undoubtedly, the biggest news in Israel and the Jewish world this week is the loss of Mr. Sheldon Adelson, z”l. Adelson passed away from an extended illness at the age of 87. A self-made billionaire, Adelson funded numerous Jewish organizations and helped thousands of people in need.

The news, of course, didn’t escape the notice of the anti-Israel/Jewish cretins in the world. They have been celebrating this tragic day with inane posts and distortions of Jewish teachings. So, in some ways, just a regular day for them.


I personally think their reaction is the greatest tribute of all. If the evil folks hate you, you must have done something right, and Mr. Sheldon Adelson did many good things in his life. He should continue to advocate for the Jewish people in the next world.

Not much changed this week. Over two million Israelis have received their first vaccine shot. More vaccines are arriving every day and it seems there will be plenty to go around. The number of new cases continues to be high, but there is hope that the number of serious cases is starting to decrease. That’s really all that matters.

Prime Minister Netanyahu has promised that Israel will be the first country to emerge from the pandemic and, so far, he appears to be delivering on that promise. Will it matter in the elections? Let’s take a look!

The polls aren’t that much different in Israel this week. A slight increase was recorded for Likud at the expense of Gidon Saar’s “New Hope” party. As the country opens up more and more, I would expect that trend to continue and intensify.

It’s also likely that Likud will begin sapping support from Naphtali Bennett’s New Right party as well – because it always does.

There were two somewhat dramatic political events this week:

1) Betzalel Smotrich of the National Union party announced that he would be launching a new party to run in the upcoming elections and would not partner with Naphtali Bennett’s “New Right” Party.

Immediately after, he said that he would return to run with Bennett if Bennett would be reasonable. Bold. Anyway, Smortich’s new party, “The Religious Zionism” party, is polling at about four seats right now. This means that it’s quite borderline for entering the Knesset, so it’s unlikely he will be able to go it alone.

So either he’ll need to rejoin Bennett or bring in more partners from the religious Zionist world, like Bayit Yehudi and/or Otzma Yehudit. Why hasn’t this happened already? What’s he waiting for? He should be getting asked that question a lot right now!

2) Benny Gantz of the… there’s no party, it’s pretty much just him at this point, held a press conference and implored the parties of the “left” to join together and not waste votes by running as small parties that won’t win the minimum number of seats necessary to enter the Knesset.

This call led to even more people making fun of him. He really should have quit last week. The only thing he’s got going for him at this point is that both Naphtali Bennett and Ron Huldai still seem to think they have a chance of being elected prime minister in this election – and that is the most ridiculous thing imaginable!

It was announced this week that a planning committee meeting will be held next week to approve construction in Jewish communities in Judea and Samaria. This meeting will take place just days before Joe Biden is scheduled to be inaugurated.

There is much disappointment on the right in the low number of approvals expected. And there is anger on the left because there’s nothing at all they can do about it.

Here’s what to expect and its significance:

* Over 100 units will be approved for construction in both Itamar and Shavei Shomron – both northern Samarian communities that will give both of them a major boost, increasing the respective communities’ populations by at least 50 percent each.

* Over 100 units to be considered for approval in the future in the community of Tal Menashe – where the recently murdered Esther Horgan, Hy”d, lived with her family. This will double the size of the community as was promised by Prime Minister Netanyahu after the terror attack.

* Over 200 units to be considered for approval in the future at the very strategic Nofei Nechemia/Rehalim junction at the entrance to the Shomron (Samaria). Both of these communities were recently legalized by the authorities and will now prepare to grow significantly.

The junction also leads towards Ariel and the Sheldon Adelson’s medical school at Ariel University. Development there will greatly enhance the safety of the area. Now Mr. Adelson can advocate for the construction to take place as soon as possible from a much loftier position. 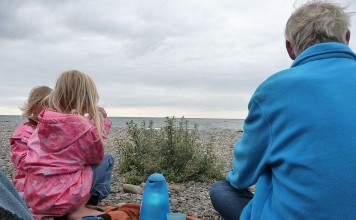 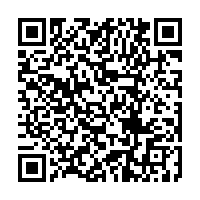