When the House of Representatives passed a bill in July intended to deter foreign support for Palestinian terrorist groups such as Hamas and Palestinian Islamic Jihad, close observers of the war against terror expressed dismay over changes from an earlier 2017 version that failed to pass. Most notable was the deletion of an entire section in the earlier version that had recited a conclusion that the country of Qatar had been supporting Hamas and Islamic Jihad in ways that would be sanctionable if the bill had become law and the addition of a sizeable loophole that would broadly allow ‘humanitarian” support of the two terror groups. As it is now becoming clear, it seems that the Chairman of the House Foreign Affairs Committee, Congressman Eliot Engel caved in the face of a full court press by Qatar.

To be sure, enactment of any legislation of this sort is always problematic. It arguably intrudes on the constitutional prerogatives of the Executive Branch to establish foreign policy and usually implicate serious national security issues. In the case of Qatar, that country continues to host significant US military installations and is a major component  of our ability to project our power in that area of the world. So from both institutional and practical perspectives, there are significant obstacles to getting both the house and Senate and a president to agree on an acceptable text.

But the issue here is that it was Qatar–which has notoriously supported Palestinian terrorism for years– that got its way with Rep. Engel,  a longtime supporter of Israel. And that is a very big deal. It signals that concern killing American citizens abroad or those of our allies take a back seat to international politics.  And that is a terrible message to send.

Congressman Engel who undoubtedly is concerned about his congressional seat being challenged by far left candidates should do the right thing and reconsider his step backward. Readers should let Rep. Engel know that you have his back if he does what is right. He can be reached as follows: Washington D.C. Phone: (202) 225-2464  or Twitter: https://twitter.com/RepEliotEngel 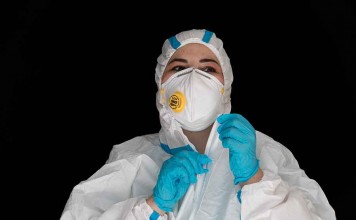 Caring For Patients Without Harming Myself