We thought it rather noteworthy that 150 of the most prominent left-wing organizations have signed onto a letter calling for a boycott of the ADL and its drumming out of “progressive” ranks. The letter – and a related primer – are part of a new initiative known as “Drop the ADL” and say there needs to be a “reconsideration” of the ADL as “a partner in social justice work.” It is ironic that an organization that seems to have left few stones left unturned to nurture an image that it is a full member of the “woke” generation would be so targeted. But this episode is also an object lesson on loyalty and self-respect.

The ADL is attacked for “aligning itself” with police and right wing leaders and “undermin[ing] the rights of black, immigrant, queer, Muslim, Arab, and other marginalized communities.” It is also labeled as a “white-led organization” which seeks to advance a “racist” agenda, shouts down people of color advocating for their own rights, and “muzzles” human rights defenders.


Yet the ADL in the past few years has, with few exceptions, mimicked the progressive line. It has criticized President Trump and other Republican leaders to an extent that has triggered charges that it has become an arm of the Democratic Party. ADL CEO Jonathan Greenblatt, a former Obama administration official, recently declared that, in has personal view, Trump was a “racist.” Greenblatt even joined with an unrepentant Rev. Al Sharpton in announcing an effort to combat anti-Semitism! Yes, Al Sharpton.

The ADL has also labeled anti-Antifa symbols as symbols of hate and Trump’s efforts to stanch illegal immigration as xenophobia.

Even when it came to Israel, and the BDS issue, the ADL was less than full-throated. In one of their publications explaining its position on the BDS movement the ADL said this:

…[S]ome of the founding goals of the BDS movement, including denying the Jewish people the universal right of self-determination, along with some of the tactics and rhetoric employed in BDS campaigns, cross the line into being anti-Semitic. Some of the founders of BDS have also been clear in their goal of using BDS to help eliminate the State of Israel. While ADL in no way considers all BDS supporters and goals to be anti-Semitic, we believe it important to expose distortions.

So even the ADL’s willingness to refrain from condemning the BDS movement, which targets only Israel in the entire world for boycotts, disinvestment and sanctions, did not save the ADL with the “woke” crowd.

ADL proudly stands with the Black Lives Matter movement. We do so because Black lives matter. And we have made clear that the movement is not anti-Semitic, including in ADL CEO Jonathan Greenblatt’s recent keynote address at ADL’s annual conference.

We disagree. In any case, this too wasn’t enough to spare the ADL from the wrath of the “wokes.”

Nor were they saved by their abandonment of the negative teachings of the Bible as to homosexuality. Yet the ADL proudly adopts the progressive description of the LGBTQ as a marginalized community worthy of their support. It also wrote this:

The Anti-Defamation League has a longstanding commitment to protecting civil rights and has been a key partner in advancing Lesbian, Gay, Bisexual, and Transgender (LGBT)rights. At the federal, stat , and local levels, ADL has advocated in support of anti-discrimination statutes, for strong and inclusive hate crime and bullying prevention laws and for marriage equality.

In retrospect, it is doubtful the ADL sees a lesson in this. But we do. Jews standing up for their own interests are not favored people and moving the goal posts doesn’t change things. 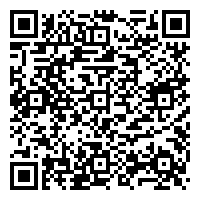