For the fourth time in just a few years, a Jewish-owned neighborhood bar in Lichtenberg, Berlin – named, ironically, ‘Tomorrow Will Be Better’ — has again been attacked.

Arson attack on the Jewish neighborhood bar "Morgen wird besser" (Tomorrow will be better) in Lichtenberg – pictures of devastation. https://t.co/9WXklMnWV0


This time, the pub was torched late Friday afternoon, and burned almost completely. Oddly, the apartments in the building above the bar were serenely untouched, and there were no injuries.

Last Monday, the owner of the bar received a threatening phone call: “I want you to be gone,” WZO reported. Similar calls have made the owner’s life a misery in recent years. In 2019, burglars dumped cola over the counter and tables before escaping with the cash register.

Local residents who requested anonymity – as has the owner of the bar – told Der Tagesspiegel that the bar and its Jewish owner have become targeted by neo-Nazis. The bar was also sprayed with anti-Semitic slogans and motifs.

“The Jewish owner has been threatened for years,” Der Tagesspiegel reported. The owner moved to Lichtenberg in 2012, and initially had a restaurant, which he then converted to a bar two years later.

Five men “with bald heads and combat boots” were said to have come into the restaurant, and then to have continued with the bar, harassing the owner. “You Jews are like cockroaches,” one would say to him. Now and then, there would be a sticker found in the bar, like “Foreigners safe trip home.”

A solidarity rally was organized by the neighborhood to express the support of the residents for the bar’s owner.

“My local pub was torched,” wrote local resident Hanna Reichhardt in a post on Twitter. “A presumably right-wing arson attack. Against our Kiezkneipe, which has a Jewish owner. Expressions of solidarity and rallies organized by the neighbors. I hate and I love this neighborhood. 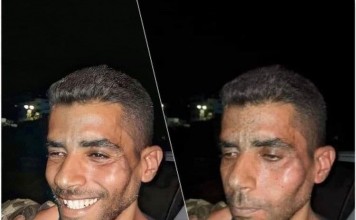 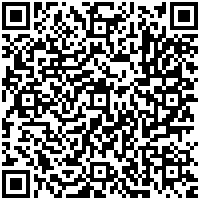