Kamala Harris Is No Friend of Israel (I)

While those who haven’t carefully examined her record may consider Kamala Harris to be pro-Israel, both her words and actions indicate otherwise. On issues important to supporters of Israel, she has almost always been on the wrong side.


As the Zionist Organization of America pointed out, Harris strongly supports the reinstatement of the nuclear pact with Iran, has vigorously condemned Israeli settlement policy, wants to once again give U.S. funds to the PA that include cash rewards to terrorists and their relatives, opposed anti-BDS bills in Congress, refused to condemn the squad of four for their anti-Semitic rantings, and refused to attend the recent AIPAC conference.

Certainly when compared to President Trump’s words and actions, hers have been highly negative. As a future successor to a President Biden, Harris would be a disaster for Israel.

Kamala Harris Is No Friend of Israel (II)

In his news report in last week’s Jewish Press, (“Jewish Groups Weigh In On Biden’s VP Pick”), Jackson Richman quotes the Democrat Majority For Israel, which hailed Biden’s selection of Kamala Harris as outstanding: “Harris prioritizes the same issues as Jewish voters,” it said. It also noted her “strong support of the U.S.-Israel relationship.”

What support is it talking about? How about Ms. Harris’s desire to reinstate the 2015 catastrophic deal with Iran, which constitutes a threat to Israel?

I also vividly recall Harris refusing to condemn Rep. Omar’s virulent anti-Semitism and hatred of Israel. She even issued an “explanation” for this non-condemnation which mirrored the insipid, meaningless one offered by House Speaker Nancy Pelosi.

Harris also voted against an anti-BDS bill in the Senate. This is a great friend of the Jewish state? By whose standards?

J Street, another bitter enemy of Israel, opined how happy it was to “help elect this pro-Israel, pro-peace ticket” of Biden and Harris. J Street epitomizes the Jewish self-hating psychological syndrome that manifests itself by opposing Israel at every turn while praising “peace-loving Palestinians.”

J Street probably also considers the violent, anarchistic hordes destroying American cities every night “peaceful protestors.” Let’s see if the Biden-Harris ticket condemns Black Lives Matter and Antifa. Let’s also see how “strongly” this ticket supports Israel, especially now that the anti-Semitic “squad” led by Reps. Omar and Tlaib has become the de facto leadership of the Democrat Party. Will Biden renounce these people or will they and their anti-Israel views prevail?

It’s utterly amazing that a pro-Israel president like Trump – unequaled in our history – can be assailed by those identifying as Jews. Perhaps I’d understand better if I had majored in abnormal psychology in college.

After the historic announcement that Senator Kamala Harris would be Joe Biden’s vice presidential running mate, you would think that the president of the United States would comment positively. After all, she is the first black and Asian-American woman running on a presidential ticket.

So what did our leader do? He called her “nasty” and a “liar.” When will this madness end?

Thank G-d, I received a brief recess from the madeness the following day when I read that Rep. Tim Burchet (R-Tenn.) “acknowledged the historical significance of Sen. Kamala Harris (D-Calif.) being chosen by former Vice President Joe Biden to be his running mate this November, despite a stark difference in policy beliefs.”

Burchett tweeted, “I rarely agree with [Harris] on anything…. But, it’s pretty cool that we live in a country where an immigrant couple can have a girl that can have a shot at being the most powerful person in the world.”

The Israel-UAE Agreement: The Beginning of Something Beautiful?

The Israel-United Arab Emirates peace treaty will bring benefits to both nations: improved security against an aggressive Iran and greater commerce, among other items.

Let’s hope, though, that the leaders of the UAE won’t share the same fate as King Abdullah I of Jordan and President Anwar Sadat of Egypt, both of whom were assassinated.

Unfortunately, much of Islamic Arab religious culture regards Jewish control of territory in the Middle East as morally and religiously wrong. Many even see Spain, which was once controlled by Muslims, as a legitimate target of Muslim aggression. Indeed, many see world conquest and ascension of Islam worldwide as a religious requirement.

Let’s hope, though, that the opposing view prevails. Let’s hope that in wake of this deal, Saudi Arabia moves even closer to Israel. And let’s hope that other Middle East nations, seeing the benefits of peace with Israel, move in the same direction. 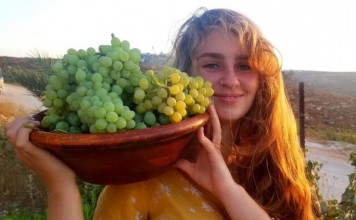