Traveling with the United Hatzalah rescue team in Moldova from morning to night provides a unique opportunity to learn about the lives of those working to help others and for some, their traumas.


While traveling to the border Wednesday to reach out to refugees fleeing Russia’s invasion of Ukraine, a chance conversation with two of the translators from the Nero Ya’ir chessed organization made it clear that sometimes physical safety isn’t nearly enough.

One of the translators was a young woman who now lives in Israel but grew up in Kharkiv and who has family in besieged Mariupol. “We haven’t heard from my family for two weeks,” she said, clearly worried.

“After spending two weeks in the root cellar with almost no food and little water, they finally were going to get out with an evacuation.

“They were on their way out of the city and their convoy was bombed. They immediately turned around and raced back to the root cellar. Now there is no electricity, no water, no heat and all the communication networks are down.

“We have heard nothing since.”

Both from Kharkiv, the translators were visibly moved when two 19-year-olds from their city made it through the border and arrived at the Planca checkpoint in Moldova.

Speaking in rapid fire Ukrainian they exchanged news and information. Ruslan, a tattoo artist and his friend Dima, an IT person, were hoping to reach Germany. The translator explained that it was preferable not to discuss how he had managed to cross the border when Ukraine is blocking men ages 20 and up from leaving the country.

“My parents and sister are still there in Kharkiv,” Ruslan said. “They refused to leave — they kept saying ‘Not yet, not yet.’

“But after a missile hit our building, and all the windows were blown out, I could see it was time to go. My house was destroyed. There was nothing left to stay for.

“I don’t know what will be with my family.”

The self-assured grin he had worn when we began the conversation by now had disappeared, replaced by the face of an anxious, traumatized teen.

He was not alone. 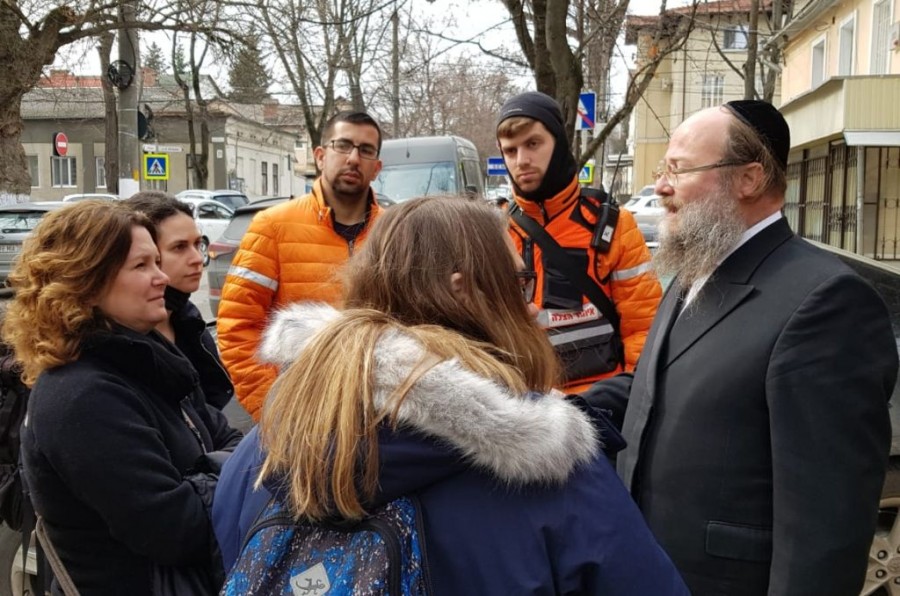 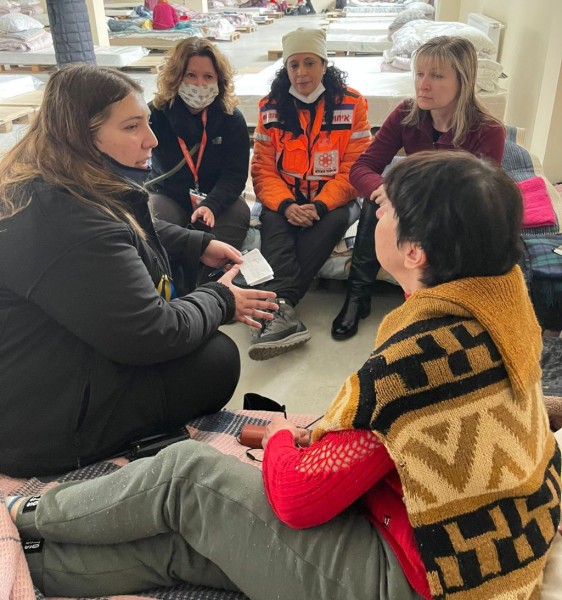 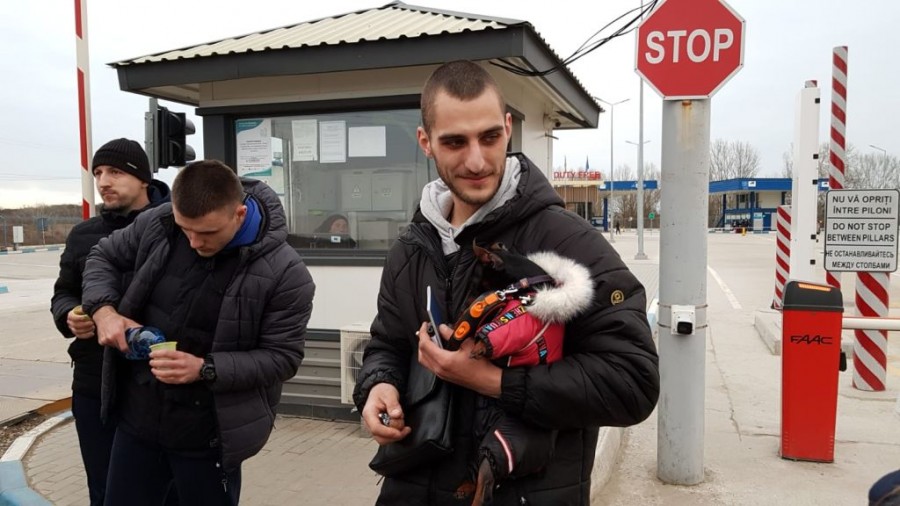 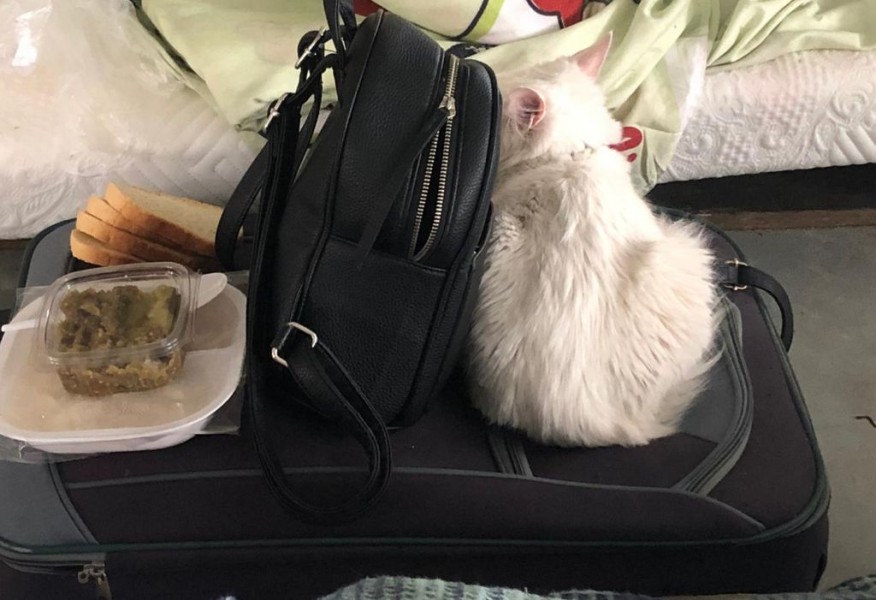 One woman driving a dusty, beaten up car appeared at the checkpoint, but headed in what appeared to be the wrong direction.

The Moldovan border guard walked over. “What’s up?” he asked.

A few quick words, a wave of her passport and the woman drove away — back to Ukraine.

Curious, a team translator asked the guard if she could help. Shaking his head, he told her the woman came to Moldova to bring her grandchildren to safety. Now she was going back to her home in Odessa, unwilling to leave her home and her brother, who could not leave due to the conscription law.

Another woman arrived on foot with children, a stroller and her bags. Helping her was a Moldovan border guard. In broken English she said she would stay in the area, hoping to return home after the war. “This is my country,” she told JewishPress.com. “I love my country, I love my home, I love my people. I try not to think about the long time to come.”

A hug from a volunteer brought her to tears.

At the Kishinev refugee shelter, two women awaited authorization to fly to Israel, both from Mykola, where repeated assaults and air strikes by Russian forces largely decimated the city.

One of the team members, also from Mykola, immediately came over to get the latest news. When she returned to her task, her expression was grim.

The older of the two had a daughter waiting for her there. Already two weeks at the shelter, her daughter explained via video chat to United Hatzalah’ psychotrauma expert, Meital, that she had no idea why there was a delay; she had submitted all the documents the government requested. The mother said she was simply glad to get out, and could be as patient as needed.

The UH team made calls and so did Meretz MK Michal Rozin, who was there to observe. Within a few minutes the snafu was untangled.

Meital and other team members celebrated along with the woman. Her friend, already approved, shared in the joy.

Across the room, United Hatzalah medic Ofra Yedidya sat down with a young child to color some pictures and bring some warmth to his life, as he waited to learn where he would go next.

As with the refugees, many of the volunteers who joined the UH rescue mission have their own stories, and all are determined to do whatever is needed to help.

Most will need their own debriefing once their mission has ended. 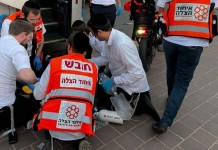 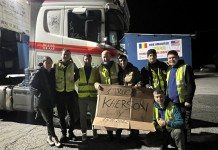 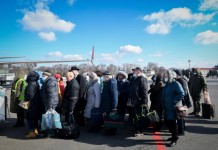 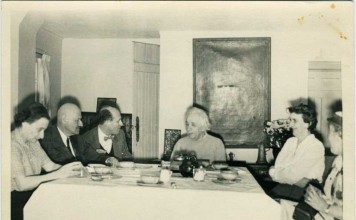 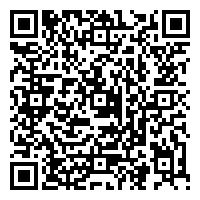