A new study by the watchdog group AMCHA Initiative revealed that university faculty members who endorse an academic boycott of Israel are directly contributing to the anti-Semitic activity taking place on their campuses.

The study, titled “Faculty Academic Boycotters: Ground Zero for Campus Antisemitism,” explored anti-Semitic activity at universities starting from the onset of the 11-day conflict between Israel and Hamas in Gaza last May through the end of the 2020-21 academic year.

“While much attention is paid to anti-Zionist student groups like Students for Justice in Palestine, faculty are flying under the radar, yet they are a significant and dangerous contributor to campus anti-Semitism,” said Tammi Rossman-Benjamin, AMCHA’s director and one of the lead researchers on the study. “Our new research overwhelmingly suggests that they are the ones instigating, inspiring, encouraging and modeling the playbook for students to follow.”

The Middle East Studies Association (MESA) will likely endorse the BDS movement against Israel and call for the implementation of the U.S. Academic and Cultural Boycott of Israel (USACBI) guidelines when its members conclude their voting on March 22. AMCHA Initiative noted that the BDS movement and USACBI not only promote a boycott of Israel-related educational programs, events and activities but urge “the censuring, denigration, protest and exclusion of pro-Israel individuals.”

Rossman-Benjamin said: “With the MESA vote looming, and 3,000 primary purveyors of Israel-related courses and departmentally-sponsored events about to endorse an academic boycott of Israel—providing disciplinary legitimacy for such faculty abuse—the problem is likely to grow exponentially worse for Jewish students.” 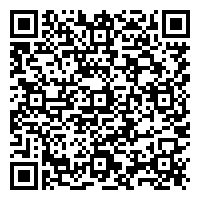