Congratulations – your salacious Netflix show “My Unorthodox Life” has successfully prompted countless Orthodox Jewish women to examine their Orthodox Jewish lives and to unequivocally recommit themselves to their G-d and to their frum lifestyles. I find it deliciously ironic that your show dropped during the Nine Days. In a time period when we mourn the destruction of the Beis HaMikdash due to baseless hatred, you have brought together women (and men!) of all committed Jewish walks of life and united us in a way that was swift and astounding in its scope.

The day after your show premiered, my social media feed was filled with stories and pictures of frum women showcasing their multifaceted lives with the hashtag #myorthodoxlife. It got to the point that there were too many to read, so I just scrolled through, swelling with pride. I myself did not participate in this campaign because I was too busy living #myorthodoxlife. I did however, take some time out from my erev Shabbos schedule to share with you some of my thoughts about your show.

I’m not going to debunk the multitudes of distortions and untruths that are so insidiously woven into the show; others have done that more eloquently and skillfully than I could have. At the outset, I want to share with you that I actually watched the entire show to the end and am not basing my opinions on things that I heard or read secondhand.

Although we were only privy to meticulously curated narratives of your previous life, you felt that you were denied certain liberties: personal choices, control, and freedom. One of the more obvious resentments that runs through all the episodes is the lack of control over your clothing choices. I get that, you love fashion and a modest dress code precludes you from wearing the type of wardrobe you have so joyfully embraced. That was your choice, Julia, and I am not judging you for your personal choices.

But you didn’t just stop there. When that girl from Monsey came to you for advice on how to leave the fold, you gave her a makeover and threw her into a pair of jeans and voila! You allowed her to think, and worse, you allowed the viewers to think that a pair of jeans gave her total control over her life and magically completed her transformation from observant to secular in the span of five minutes.

How great it could have been if you would have directed her to a mentor in a community where frum women wear pants; you know where these communities exist. Instead you created the illusion that wearing pants was incompatible with remaining observent. You also want your children to have all the choices you didn’t have. When your youngest son Aron, who is still observant, decided he didn’t want to watch TV anymore or talk to girls, instead of applauding his choices, you cried bitterly and tried to convince him otherwise. So it’s ok to have choices, as long as they align with yours. No Julia, the street has to go both ways.

I honestly think we could have been friends. We are both FFBs (frum from birth) who attended Bais Yaakov high schools in New York at about the same time. We married young, own businesses and are into fashion. We categorically love our children, although I’d like to think that I allowed mine a little more latitude in terms of choosing their own paths. I’m so sorry that your life experiences caused you to totally abandon Jewish observance. You and I both know that being born an FFB does not guarantee immunity from doubt and existential crises. What happened to you, Julia, when you dared to question? Were you told to daven with more kavana or were you given answers that sidestepped your questions? Were you just shut down and left mired in guilt and pain, hiding behind your gorgeous sheitel and well built facade until one day you realized that your beautiful castle had slowly transformed itself into a monstrous dungeon?

I know how alone and abandoned you must have felt and I truly feel for you. Your story makes me realize how fortunate I was to be able to change lanes on the Jewish superhighway instead of having to go off road. But it wasn’t just luck, Julia; it was also my choice. And no, I absolutely do not think I’m better than you for choosing that path, but I do want you to acknowledge that just because you chose one way does not mean the other way is not valid. It would have been so much more powerful if you had shared your story in a way that would have simply implied that there are imperfections in the system and the community, as opposed to just riling things up for your own self aggrandizement. It’s not your story I have issues with, it’s the way you chose to tell it.

I also want to share with you a few details about the #myorthodoxlife movement on social media. You took a brush full of black paint and smeared it over a large group of people. You denigrated our lifestyle, our beliefs, our very essence. You declared that female Orthodoxy was incompatible with an education, with a career, with a “full” and exciting life. You called us babymakers who are servants to our husbands.

The women who posted in #myorthodoxlife were eager to show you and the rest of the world otherwise. They are lawyers, doctors, and PHD’s. They run marathons, design clothing, and choose to have large families. But then Julia, a funny thing happened. There was pushback. Claims that these posts were disingenuous, that with their own unique paintbrush they whitewashed and obscured the messy, uncomfortable, hidden parts of our frum communities. That they made the OTD (“off the derech/road) community feel even more disenfranchised than before and set up unrealistic expectations for frum women who read these posts and felt “less than” for not being a rebbetzin/doctor/origami expert/olympic swimmer in a skirt.

Although I would think that by now everyone understands how social media works (psst, we leave out the bad stuff), good job, Julia; you created another schism between Jews that didn’t need to exist.

I have to go now because it’s Friday and I have things to do. As I said before, I have to thank you for creating a beautiful sense of unity among so many observant Jews from all walks of life right before Tisha B’av. Too bad you can’t figure out a way to unite Jews across the entire spectrum. Please remember, Julia – no matter how far away you run, you’re always welcome home. 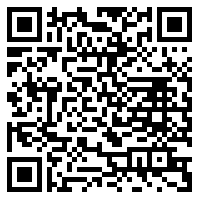