It was an uneventful day at the Franklin D. Roosevelt Presidential Library in Hyde Park, New York, in the autumn of 1996. Greg Robinson, a graduate student at New York University, was researching racial issues during the Roosevelt era. While skimming an index to the former president’s papers, Robinson’s eye chanced upon an entry for FDR’s “pre-presidential writings.” Out of curiosity, Robinson ordered the file on his next visit to the library. What he found would change his entire professional life.

It turned out that when Roosevelt was spending time in Georgia in the mid-1920s, he wrote a number of articles about the hot-button topic of the day, Japanese immigration. Robinson was shocked to read these words of FDR in a 1925 column for the Macon Daily Telegraph:


“Anyone who has traveled in the Far East knows that the mingling of Asiatic blood with European or American blood produces, in nine cases out of ten, the most unfortunate results.”

The future president warned that “Japanese immigrants are not capable of assimilation into the American population.”

Not that FDR opposed all immigration; he favored the admission of some Europeans, so long as they had what he called “blood of the right sort.” In his articles, Roosevelt emphasized the need to disperse European immigrants around the country in order to speed up their assimilation – something he had proposed in a 1920 interview with the Brooklyn Eagle: “If we had the greater part of the foreign population of the City of New York distributed to different localities upstate we should have a far better condition.”

FDR’s pre-presidential writings about Japanese immigrants became the centerpiece of Robinson’s critically acclaimed 2001 book, By Order of the President. Historians have hailed Robinson, today a professor of American history at the University of Quebec at Montreal, for showing the connection between Roosevelt’s views about Asians and his otherwise inexplicable decision to intern thousands of Japanese-Americans in detention camps during World War II, even though none of them had been engaged in espionage.

But the significance of the 1920s articles does not end there. It turns out that Roosevelt’s attitude toward Asians also helps explain another inexplicable policy of his: keeping the level of Jewish immigration far below the legal limits.

Why a Ketubah Was Not Enough

The U.S. immigration system severely limited the number of German Jews admitted during the Nazi years to about 26,000 annually – but even that quota was less than 25 percent filled during most of the Hitler era, because the Roosevelt administration piled on so many extra requirements for would-be immigrants.

For example, there were instances in which an applicant showed the U.S. Consulate in Berlin a copy of his Jewish marriage certificate (ketubah) but was unable to secure his civil marriage certificate from an uncooperative Nazi bureaucrat. The Consulate refused to recognize the validity of the Jewish certificate and therefore considered the applicant’s children to be illegitimate. Having illegitimate children disqualified the applicant on the grounds of “moral character.”

Another example: as of 1941, merely having a close relative in Europe was enough to disqualify an applicant. That was because Roosevelt administration officials concocted a theory that the Nazis could threaten the relative and thereby force the immigrant to become a spy for Hitler.

Why did the administration actively seek to discourage and disqualify Jewish refugees from coming to the United States? Why didn’t the president quietly tell his State Department (which administered the immigration system) to fill the quotas for Germany and Axis-occupied countries to the legal limit?

Some 190,000 quota places from Germany and its Axis partners were left unused during the Hitler years. That means merely permitting the existing quotas to be filled would have saved an additional 190,000 lives. It would not have required a fight with Congress or the anti-immigration forces; it would have involved minimal political risk to the president. Yet the president did not do so. Why?

‘Too Many Jews’ at Harvard

Every president’s policy decisions are shaped by a variety of factors – some political, some personal. In Roosevelt’s case, a pattern of private remarks about Jews, some of which I recently discovered at the Central Zionist Archives in Jerusalem and other sources, are revealing – and they paint a very different picture from the one presented in the new book FDR and the Jews, by Richard Breitman and Allan Lichtman, recently reviewed by Gregory Wallance in The Jewish Press (front-page essay, April 12).

In 1923, for example, as a member of Harvard’s Board of Overseers, Roosevelt became concerned that, as he put it, “a third of the entering class at Harvard were Jews.” He helped institute a quota to limit the number of Jews admitted to 15 percent of each class. Even many years later, FDR was still proud of doing that – and said so to Treasury Secretary Henry Morgenthau Jr. in 1941.

In 1938, FDR privately suggested to Rabbi Stephen S. Wise, the era’s most prominent American Jewish leader, that Jews in Poland were dominating the economy and were to blame for provoking anti-Semitism there.

In 1941, Roosevelt remarked at a cabinet meeting that there were too many Jews among federal employees in Oregon.

In May 1943, President Roosevelt met with British Prime Minister Winston Churchill at the White House to discuss the war effort and plans for the postwar era. At one point in the discussion, FDR offered what he called “the best way to settle the Jewish question.”

Vice President Henry Wallace, who recorded portions of the conversation in his diary, said Roosevelt spoke approvingly of a plan “to spread the Jews thin all over the world.”

Wallace added: “The president said he had tried this out in [Meriwether] County, Georgia [where Roosevelt lived in the 1920s] and at Hyde Park on the basis of adding four or five Jewish families at each place. He claimed that the local population would have no objection if there were no more than that.”

The most detailed of FDR’s statements about Jews was made during his meeting on January 17, 1943, in Casablanca, with leaders of the new local regime in Allied-liberated North Africa. U.S. ambassador Robert Murphy remarked that the 330,000 Jews in North Africa were “very much disappointed that ‘the war for liberation’ had not immediately resulted in their being given their complete freedom.”

(Before the war, when the Jews lived under the colonial French regime, they enjoyed rights similar to French citizens. But when the pro-Nazi Vichy French took over the French colonies in 1940, they stripped Jews of those rights. In 1943, upon the defeat of the Vichyites, the Jews had expected their rights would be restored.)

According to the official record of the conversation (later published by the U.S. government in its “Foreign Relations of the United States” series), the president replied that “the number of Jews should be definitely limited to the percentage that the Jewish population in North Africa bears to the whole of the North African population,” which “would not permit them to overcrowd the professions.”

FDR explained that his plan “would further eliminate the specific and understandable complaints which the Germans bore towards the Jews in Germany, namely, that while they represented a small part of the population, over fifty percent of the lawyers, doctors, school teachers, college professors, etc, in Germany, were Jews.” (It is not clear where FDR obtained those wildly inflated statistics.)

There is evidence of other troubling private remarks by FDR. He dismissed pleas for Jewish refugees as “Jewish wailing” and “sob stuff.” He expressed (to a U.S. senator) his pride that “there is no Jewish blood in our veins.” He characterized a tax maneuver by the publisher of The New York Times as “a dirty Jewish trick.”

But the most common theme in Roosevelt’s private statements about Jews has to do with his perception that they were “overcrowding” many professions, exercising undue influence, and needed to be “spread out thin” so as to keep them in check.

FDR regarded Asians as having innate racial characteristics that made them untrustworthy. Likewise, he apparently viewed with disdain what he saw as the innate characteristics of Jews. Admitting significant numbers of “non-assimilable” Jewish or Asian immigrants did not fit comfortably in FDR’s vision of America.

President Roosevelt’s unflattering private opinions about Jews do not explain everything about his response to the Holocaust. Certainly some of his decisions were motivated by other factors:

• Angering the Arabs – FDR refused to pressure the British to open Palestine to refugees because he was concerned about angering the Arab world. He told his cabinet in 1944 that he opposed a pro-Zionist resolution in Congress because it might provoke Arab terrorist attacks on Allied positions in the Mideast, leading to “the death of a hundred thousand men.” (The resolution eventually passed; it did not provoke any attacks.)

In fact, FDR was so averse to being seen as pro-Zionist that he rejected even a request to permit the Palestine [Jewish] Symphony Orchestra to name one of its theaters the “Roosevelt Amphitheatre.” No wonder Rabbi Wise privately believed FDR was “hopelessly and completely under the domination of the English Foreign Office [and] the Colonial Office.”

• Election-Year Politics: Although President Roosevelt quickly approved a 1943 proposal to create a government agency to rescue medieval art and architecture in war-torn Europe, he fought tooth and nail against creating a refugee rescue agency. Presumably the main reason was fear that helping refugees would be unpopular. In the end, though, pressure from Congress, Jewish activists, and the Treasury Department was about to explode into an election-year scandal over his administration’s sabotage of rescue opportunities. FDR pre-empted his critics by establishing the War Refugee Board in early 1944.

• Indifference: The Roosevelt administration’s rejection of requests to bomb Auschwitz seems to have stemmed primarily from a mindset that not even minimal resources should be expended on helping the Jews.

That said, the revelations about FDR’s personal prejudices do help explain key questions such as why he suppressed immigration far below its legal limits; why he turned away the refugee ship St. Louis; and why he created only one token haven, for just 982 refugees (in Oswego, NY) when there was plenty of room where refugees could have stayed temporarily until the end of the war.

Of course Roosevelt is not the only American president to have been revealed to have made unfriendly remarks about Jews. A diary kept by Harry Truman included statements such as “The Jews, I find, are very, very selfish.” Richard Nixon’s denunciations of Jews as “very aggressive and obnoxious, “ among other anti-Jewish statements, were belatedly revealed in tapes of Oval Office conversations.

But the revelation of Franklin Roosevelt’s sentiments will shock some people. After all, he led America in the war against Hitler. Moreover, FDR’s entire public persona was anchored in his image as a liberal humanitarian, his claim to care about “the forgotten man,” the downtrodden, the mistreated. All of which compounds the tragic irony of his woefully inadequate response to the Holocaust. 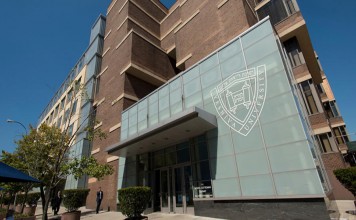